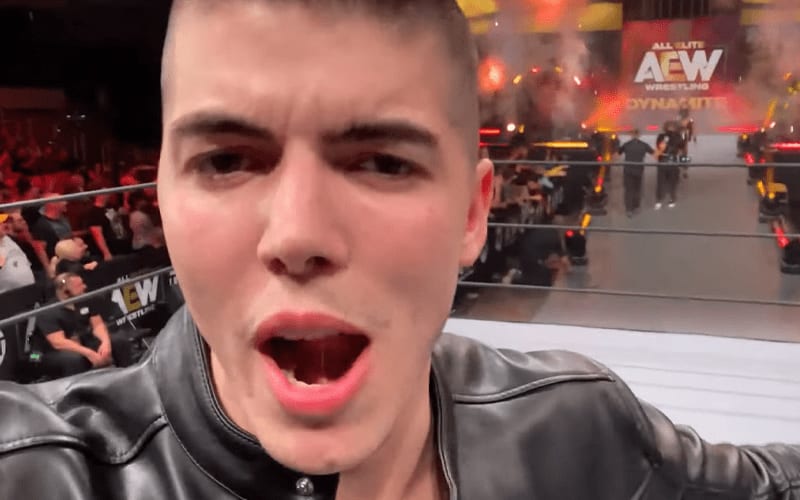 Sammy Guevara was suspended from AEW until further notice. This was due statements he made on a podcast in 2016 about Sasha Banks. He also made a racist joke. Guevara apologized and his status with the company will be addressed when he completes sensitivity training.

Guevara was slated to face Matt Hardy this week on AEW Dynamite. That match isn’t happening now, but Hardy still needs an opponent.

AEW announced that Santana of the Inner Circle will fill in for Sammy Guevara. Santana wasn’t expecting this match, but he’s ready to wrestle Hardy no matter which version shows up.

Bring all the loquitos living in your head…

Sasha Banks also commented on the remark that Sammy Guevara made about her. She said they had a conversation about the matter.

We will have to see when Sammy Guevara comes back, but he will need to complete sensitivity training first. You can check out the revised lineup for AEW Dynamite below.