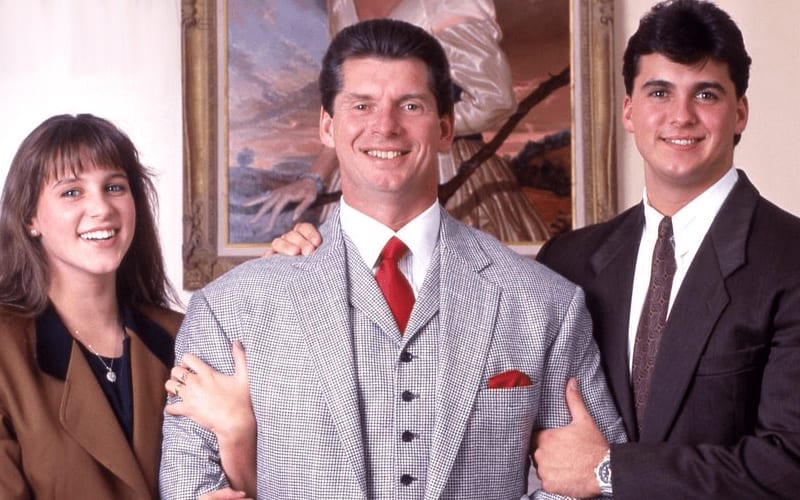 It is Father’s Day and Vince McMahon celebrated by sending out a tweet for his kids. Usually those holiday greetings go the other way around, but Vince McMahon has always gone about things in his own way.

Vince McMahon sent out a tweet that included a throwback photo of Stephanie and Shane. The tweet said that McMahon is “lucky to have amazing kids” like he does. The Chairman of WWE also included a message about cherishing “the gift of fatherhood.”

I’m lucky to have amazing kids like @shanemcmahon and @StephMcMahon. Happy Father’s Day to all those who cherish the gift of fatherhood.

Stephanie McMahon replied to her father’s tweet by saying: “That’s not what you tell us!” Then she included a Happy Father’s Day message for her famous pro wrestling mogul father.

That’s not what you tell us!

Happy Father’s Day Dad! We Love You!!! And #HappyFathersDay to all the Dads who are celebrating!

So far Shane McMahon hasn’t responded to Vince McMahon’s Father’s Day tweet. He might reply with something very short and sweet to match that infamous birthday message that Vince McMahon tweeted out to Shane. Fans still troll Vince over it to this day.