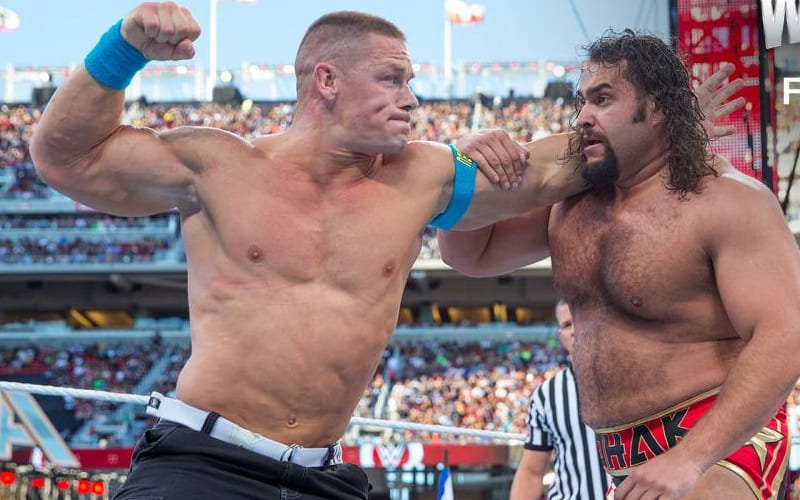 John Cena doesn’t wrestle very much anymore. In fact, he didn’t compete during a single pay-per-view event last year. He did show up at WrestleMania 36 for a Firefly Fun House match, but that didn’t take any bumps to pull off.

During a recent Twitch stream, Rusev was asked about his experiences with John Cena. He praised Cena for getting it. He had a WrestleMania program with John Cena so Rusev had a great opportunity to learn from one of the best.

“Cena’s mentality, Cena’s psychology is so freaking good because he knows what the deal is and he just knows and he gets it… Cena knows so much, Cena knows more than anyone in the current business and in the past few years. He just knows. I was just so blessed to be with him for so many years. We worked so many matches in so many live events and everything. That’s where I think I excelled the most.”

John Cena defeated Rusev at WrestleMania 31, and some fans think that Cena should have done Rusev the favor. It certainly didn’t help Rusev as it was the beginning of the end for his monster push.

WWE fed plenty of people to John Cena throughout the years. You can say that Rusev’s momentum was given to Cena at the show of shows in Levi’s Stadium. As he looks back at the entire experience, Rusev doesn’t seem to mind how things turned out.