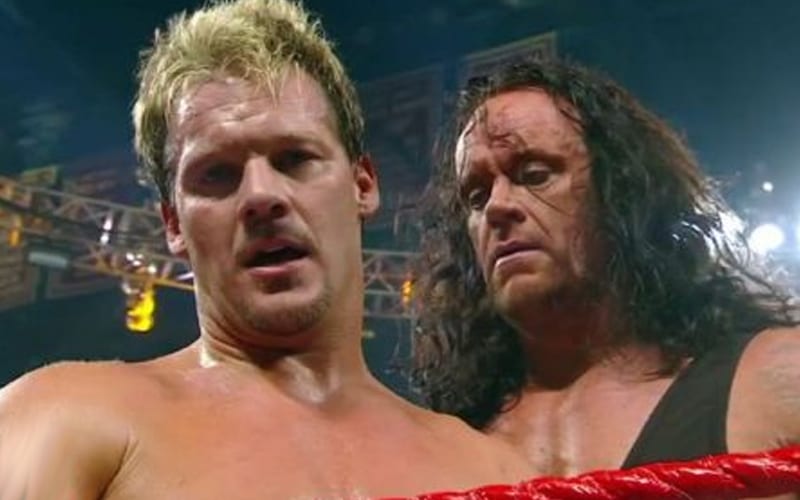 The Undertaker locked up with many greats throughout his legendary career. Some fans remember his entrances just as much as his matches. His opponents could be in the same boat.

There is a reason why The Undertaker’s entrances are so long. He revealed that it was a way to burn up time to make matches shorter. The speed of The Deadman’s walk would often depend on his opponent that night.

During Saturday Night Special, Chris Jericho talked about facing The Undertaker. He stated that things get real when you hear Taker’s iconic gong go off. Then it’s down to business because The Undertaker brings intimidation with him wherever he goes.

“You stand in the ring, you heard it on TV, you watched it on TV and you heard the BONG…you’re like, ‘Oh My Gosh’, here he comes. Lights go out…when he comes to the ring..this guy is super in character. He is THE UNDERTAKER at this moment. So, it’s intimidating. He doesn’t play around.”

Even Steve Austin told a great story about The Undertaker’s entrance making him forget their match. Just the sight of The Deadman walking to the ring can strike fear in his opponents, even if they were just talking with him about the match they were about to have.

We’ll have to see if The Undertaker wrestles again. His Last Ride documentary seemingly announced his final match. Odds are he will bring that same iconic energy with him even after he hanging up his boots.