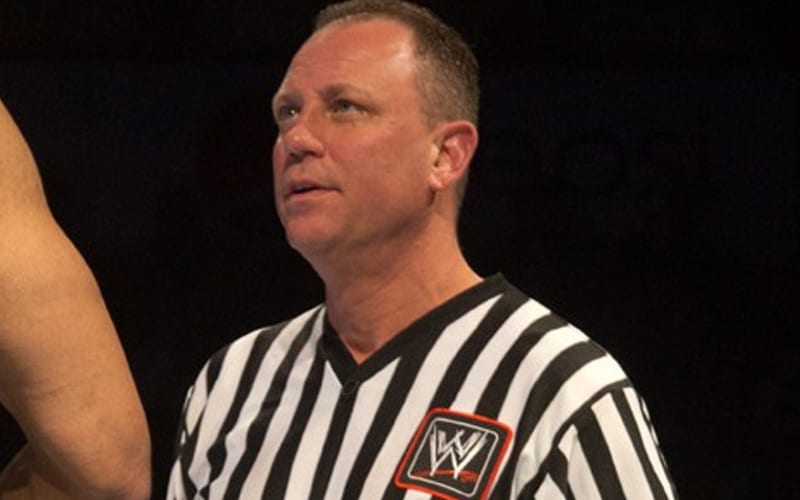 WWE released a lot of people on April 15th. Some of those released Superstars saw their releases coming, but referee Mike Chioda didn’t know it was happening at all.

Chioda recently sat down with Chris Jericho on Talk Is Jericho. The veteran referee revealed that he had just signed a new contract with the company and everything was going find. Then he lost his job due to widespread budget cuts.

“Surgery went great. I’m healed up great. I was ready for WrestleMania. I actually signed a new contract in the middle of March. My contract was up. I actually got a little bump in pay. And then I got a phone call on Tax Day. April 15th. It took me by complete surprise.”

He asked around to figure out why he was released. After so long in the company he still had ties and people he could question. In the end, he can’t figure that it was due to any heat on him.

“It was something completely different. I don’t know if it’s heat, but how can you have heat if you’ve been gone for six months rehabbing? I haven’t even been on Twitter and Facebook since 2015.”

Mike Chioda is free to start his next chapter outside WWE. He also isn’t alone in the group of people who just signed new contracts for more money prior to their releases. Luke Gallows and Karl Anderson had just signed much larger contracts months before they were let go.