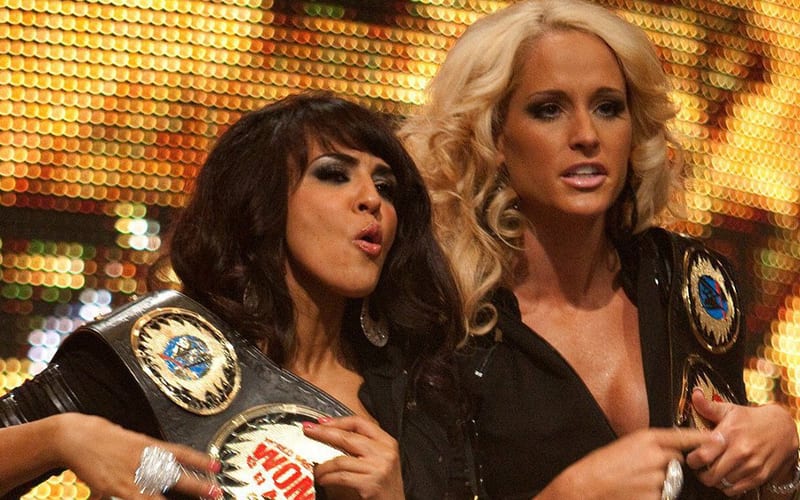 Michelle McCool and Layla were LayCool and were inseparable for a time in WWE. They even shared title reigns and other accomplishments like Slammy awards. Are they still friends?

While speaking with TV Insider, Michelle McCool revealed that she’s still friends with Layla. They talk “every once in a while.” She described it as a friendship that they can just pick where they left off no matter how much time there is in between interactions.

Layla and I are still wonderful friends. We talk every once in a while. It’s one of those relationships where we don’t have to talk every day, and when we do, nothing has changed. We pick up right where we left off. I do sure have wished they had the tag team titles when we were a pair or asked us back when they were introduced. You look back, and there aren’t many true duos of girls throughout the years. I think LayCool was definitely recognized as a strong pair. If we had those titles to go after and not cut one in half for our own sake, we could have had some fun with it.

It’s not likely that fans will see a LayCool reunion in WWE, but the company could always decide to call them for Hall Of Fame induction down the line if they feel like it. Vince McMahon has the full power to do that.

You can say that the modern-day equivalent to LayCool is the IIconics. It is still hard to recapture the same magic that Michelle McCool and Layla shared. You can check out the space below for a nice video that WWE put together for them not too long ago.