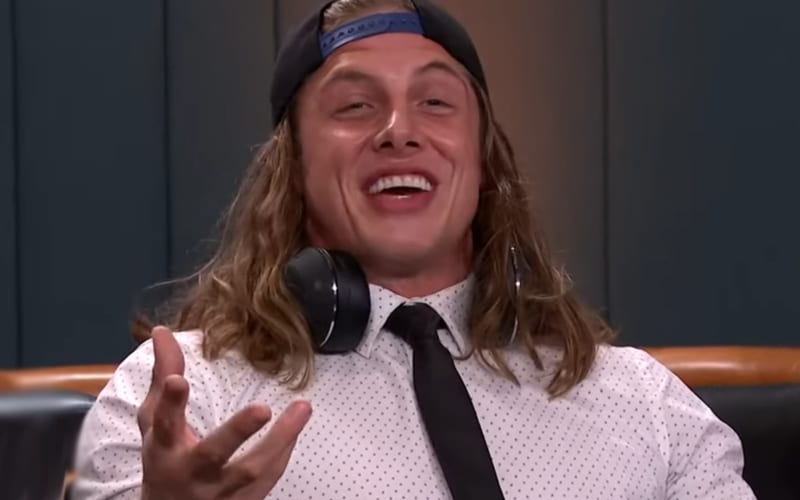 Matt Riddle’s love for plants has been a commonly known fact within the pro-wrestling fan base. However, WWE is very strict and vigilant about the things that their talent intake, and they conduct regular wellness tests on their Superstars.

Interestingly, a recent report by WrestleVotes on Twitter suggested that almost 70% of the current WWE locker-room uses marijuana in some way.

In a video interview with MMA Journalist Ariel Helwani, Matt Riddle was asked about how his WWE signing has affected his marijuana intake. Riddle made it clear that he doesn’t like to talk about the subject although he said that he is obviously a big supporter of it.

He also went on to say that ever since his arrival in WWE, he’s been taken care of. Furthermore, he said that the company tests him all the time and that “they understand who the Bro is”.

You know what, I don’t really, I don’t like to talk about that. You know, with the WWE and stuff like that?

I’m a supporter of it, you know, it’s medically legal in most states. And I know most companies, aren’t you know, punishing people [for it] anymore. I know since my stint with WWE I’ve had no problems. You know they understand my situation, they know I’ve fought in UFC, they know I’ve had multiple surgeries, they know I bump all around the ring and I take damage and everything else and I’m 34 years old.

And as long as I am not hurting anybody or doing anything they make sure they test me all the time. They know everything about me. They test us for everything all the time. So its like, you know, I’m well taken care of and I’m good. They understand who the Bro is.

Riddle’s response to this question adds more legitimacy to the report about the locker-room’s usage of marijuana.

If you use any quotes from this article then be sure to credit Ringside News.