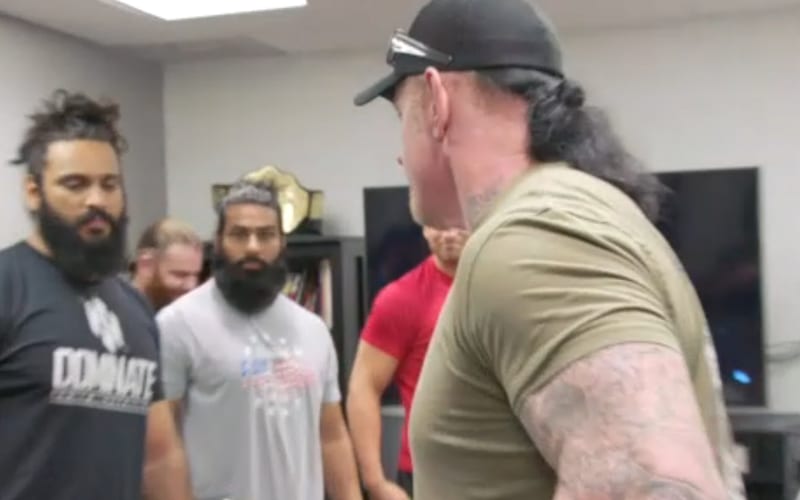 The Undertaker has a wealth of experience to share and he stopped by the Performance Center to pay a visit to the Superstars of tomorrow. They obviously welcomed his advice.

During the final episode of The Undertaker Last Ride documentary, footage is shown of The Deadman’s WWE PC visit. This was previously reported, but ESPN was able to provide a sneak peek of the upcoming episode.

This clip showed The Undertaker talking to some of the big guys that NXT has on their roster. He stated that the Superstars were nervous at first, but “once they figured out that I wasn’t going to shred them they felt more comfortable.”

Michelle McCool said that “any time we’re in Orlando he’s at the PC.” This is something that he has apparently done in the past without a camera around. Triple H also spoke about how The Undertaker passes down his knowledge to others.

The clip is just over a minute and twenty seconds long, but it provides a great look at how The Undertaker fit into the WWE Performance Center environment. Of course, this footage was shot before social distancing was a part of everyday life.

Do you think The Undertaker would make a good addition to the WWE Performance Center’s coaching staff? Sound off in the comments below!