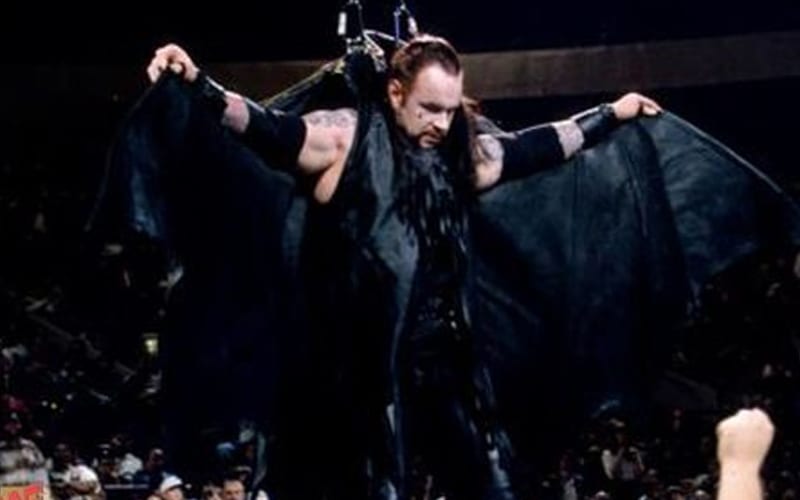 The Undertaker’s character evolved in time, but not every incarnation of The Deadman met the mark. One famous visual of The Undertaker descending from the ceiling of Madison Square Garden while sporting bat wings is one he would probably like fans to forget.

Paul Bearer helped The Undertaker maintain his mystique for years. He couldn’t stop this angle from going down.

While speaking to After The Bell, The Undertaker admitted that the bat wing gimmick was “hokey.” He didn’t like the way it came off, but he also had nobody to blame but himself for the angle.

“There are a few things that I did that I kinda wish I hadn’t done. I don’t remember which year it was, but it was in The Garden. I was working with Mankind and I came in from the ceiling with kinda the bat wings. I kinda regretted that one after the fact. It was just a little too hokey from where I wanted that character to be, but it was my idea I have to take full responsibility for it. It didn’t work.”

The Undertaker has been a part of several angles throughout his legendary career. It’s worth discussing which ones of them worked and which ones were flops.

Most fans would agree that a much higher percentage of Undertaker angles worked. The Deadman obviously didn’t like his presentation with bat wings. This is likely why we never saw it again. At least he took full responsibility for creative the flop.

What’s your favorite Undertaker moment? Sound off in our comments below!