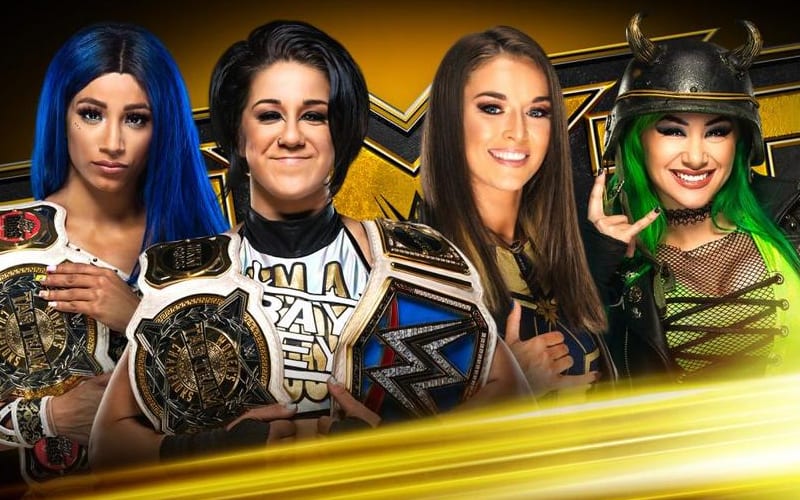 WWE NXT will air on the USA Network this week, but we’re not certain about a whole lot that they have planned. There is a reason for that and COVID-19 is to blame.

A positive coronavirus test in the WWE Performance Center roster meant that yesterday was COVID-19 testing day throughout the company. They had some issues, but all of the testing was completed.

WWE is recording RAW, SmackDown, 205 Live, Main Event, and NXT today. It will be a very busy day in the company, and because of that only two matches have been announced for tonight’s NXT show.

Breezango will also get an NXT Tag Team Title opportunity as they take on Imperium.

Karrion Kross is also on the hunt for Adam Cole. That could be a very intense storyline as Scarlett made it quite clear last week that Kross has the NXT Title in his sights.

All of that and more is expected for WWE NXT this week. Let’s see how WWE pulls off another loaded and extremely busy workday.