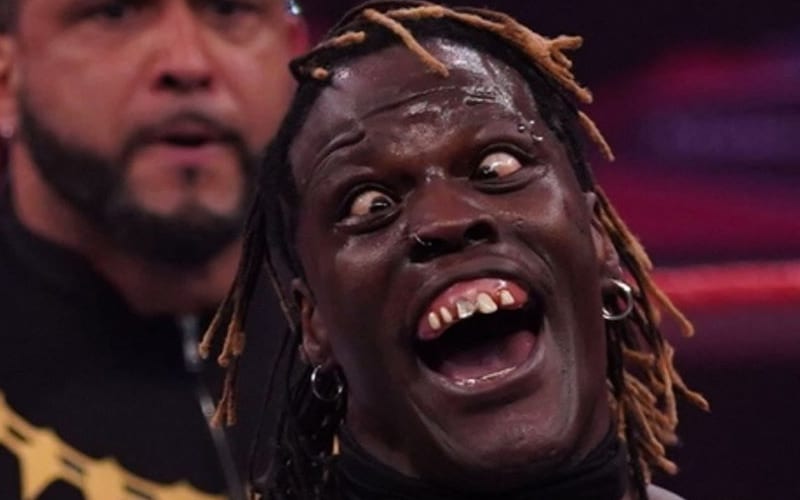 R-Truth received quite an extra focus since the WWE 24/7 Title was introduced and he started running with the concept. Now he is getting his own program on the WWE Network.

During WWE The Bump this week, R-Truth revealed that his game show is happening and it will debut on July 14th. It was rumored that a game show was in the works. Now we know when it will launch.

It will be very interesting to see R-Truth in this environment and it could open more doors for the multi-talented sports entertainer. We’re still waiting on all of the details about this new game show, but fans will know on July 14th.

R-Truth is the current WWE 24/7 Champion. Interestingly enough, when rumors of the game show leaked months ago he was WWE 24/7 Champion at the time. If he’s holding the title while hosting this show then it would still make sense.

Kayla Braxton and Kevin Owens were pulled from The Bump this week. They were needed at WWE’s television tapings.