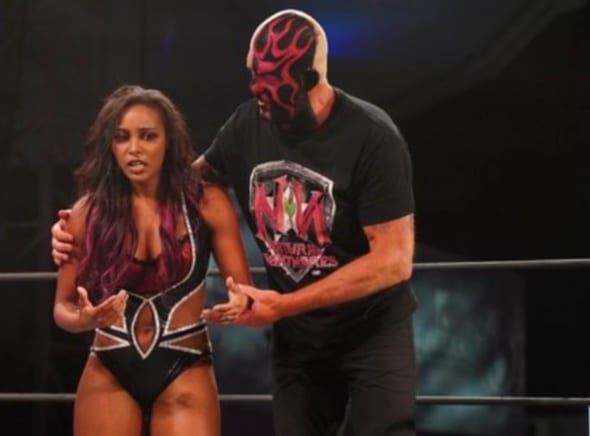 While she may not have always been known as an in-ring performer, it’s clear to see that Brandi Rhodes is doing everything she can to improve inside the squared circle.

It certainly doesn’t hurt that she’s part of the Rhodes family, with both Cody and Dustin being able to show her the ropes and help her get better and better.

After her performance on AEW Dark last night when teaming with Allie, Dustin had the following praise for the former ring announcer.

While everyone knew Dustin had the potential to be a success in All Elite Wrestling, few could’ve imagined that he’d be quite as influential.

It’s been a long journey for both, but the pieces are finally falling into place as AEW continues to thrive every single week.