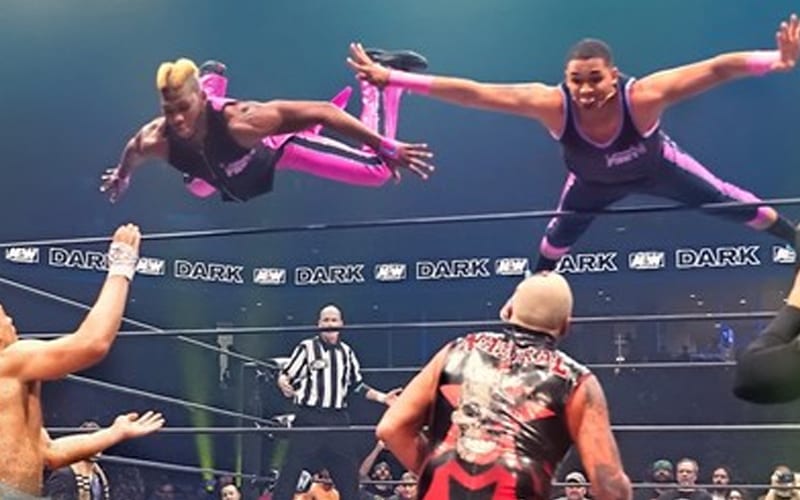 Pro wrestling is a very dangerous occupation, especially if dives are a part of your move set. It really helps if the person you’re diving onto allows their body to break your fall.

During Wrestling Observer Live, Bryan Alvarez remarked that there are some people in AEW who are having issues catching their opponents. In fact, it has caused some stars to get yelled at backstage.

“There have been a lot of people who have not been caught properly. Not just in AEW, but it’s been a deal in AEW. There’s been a lot of just bodies going flying and they crash and burn on the ground. I do know that there have been people yelled at over it like: ‘Dude! Start catching people here!'”

John Skyler’s injury had nothing to do with someone not catching him. He destroyed his knee while doing a simple forward roll.

Not catching people is still an issue in AEW. Apparently, it has caused some people to get a stern talking to backstage. Let’s see if we notice wrestlers making the extra effort to catch their opponents from this point on.

If you use the quote in this article credit Ringside News