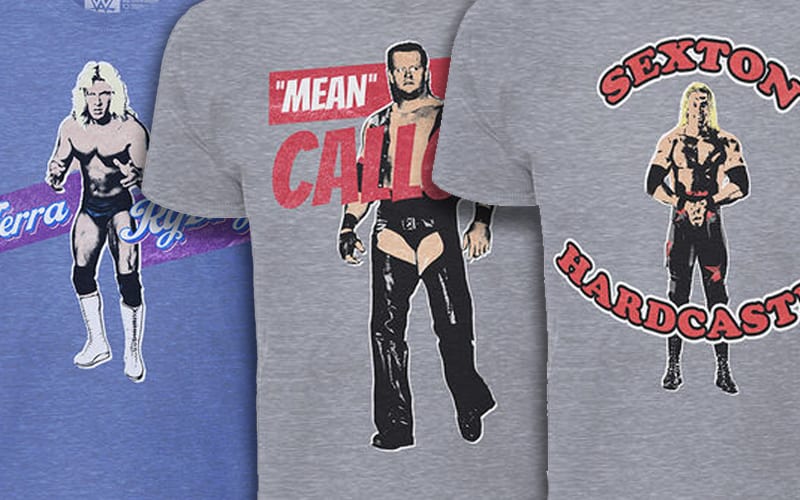 WWE loves cashing in on nostalgia and we have to give their merchandise team credit for this one.

Superstars don’t always keep the name they start out using. It works for some, but guys like Kane, Triple H, Steve Austin, and The Undertaker all received new names at one point.

The company has now released a line of “rookie” t-shirts. These t-shirts include six top Superstars and WWE Hall Of Famers in their original incarnations.

Superstars included in his new line are:

It’s hard to imagine that this new line of merchandise isn’t going to get a lot of fans excited. We’ll have to see if these t-shirts are a success. The company could also do a line with Superstars who lost their last names like Big E, Sheamus, Cesaro, Andrade and so on.

You can check out the new t-shirts in the images at the bottom of the article. Which one do you want? Sound off in the comments below!