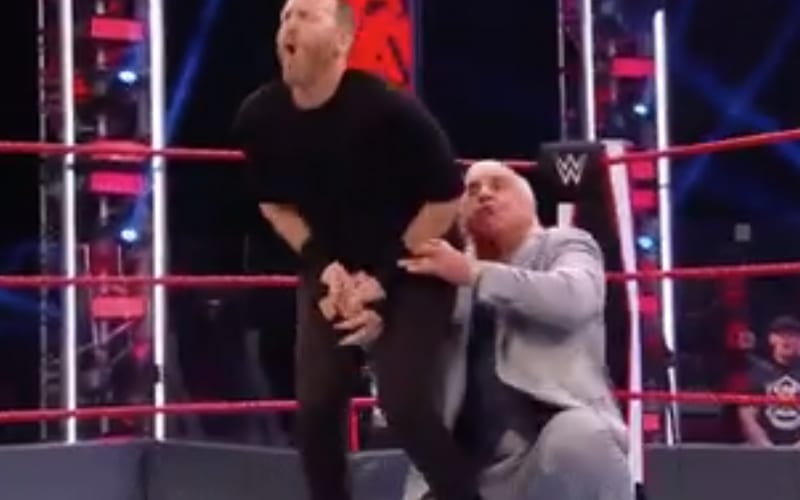 Last night on WWE RAW, Ric Flair reaffirmed his status as the dirtiest player in the game by nailing Christian with a low blow – allowing Randy Orton, his former Evolution brother, to punt him in the head.

Some think this was nothing more than a one off, whereas others believe this could be the start of us seeing more of Ric on our screens in the weeks and months to come.

His daughter, Charlotte Flair, seemed pretty satisfied with how it all went down.

Fans may not exactly be thrilled about how frequently they’ve been seeing Charlotte on their screens in the last few months, but it’s safe to say they’ll never tire of The Nature Boy.

Orton, on the other hand, is in the midst of what can only be described as one of the best runs of his entire career – and that’s saying something.