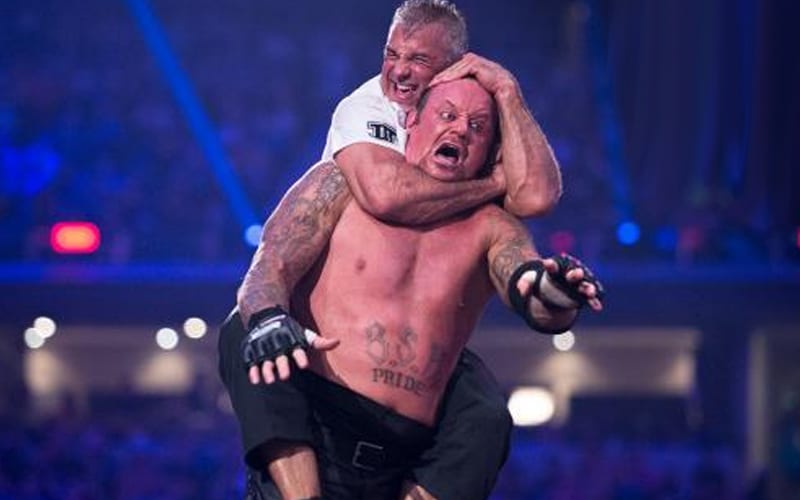 WrestleMania 32 included a Hell In A Cell match with The Undertaker and Shane McMahon. Shane-O Mac lost that match, but he wants another go inside WWE’s unforgiving steel structure.

While appearing on the Last Ride: Post Mortem show, Shane McMahon was asked about The Undertaker wrestling his final match. His reply: he wants another match with Taker.

He went on to say “Hell In A Cell 2.” Shane McMahon seemed very confident about facing The Undertaker again. We’ll have to see if Vince McMahon decides to make that match happen.

The Undertaker might have one more match left in him. Who do you want to see him face? Sound off in the comments below!