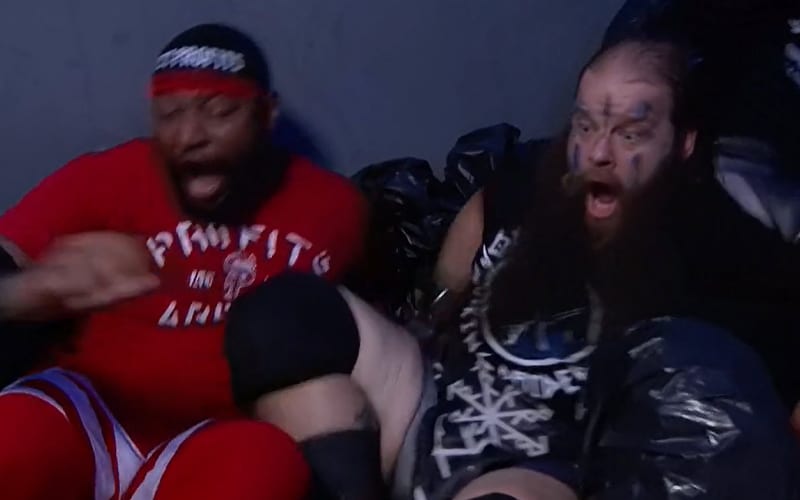 WWE Backlash was supposed to include a RAW Tag Team Title match. That didn’t happen as planned.

The Viking Raiders and Street Profits were supposed to throw down at Backlash. Then a comedy cinematic match ensued.

They all ended up in a dumpster after giving an unintended push for No Way Jose. Then a large tentacle creeped up like something out of Star Wars. This caused both teams to start running.

When Rusev saw this segment he only had one thing in mind. Apparently, it reminded him of Southpaw Regional Wrestling.

The sea monster from southpaw wrestling finally made its main roster debut!

We’ll have to see if WWE ever brings back Southpaw Regional Wrestling. They no longer have a lot of people around who were key players for that viral show.

What do you think about Backlash? Sound off in the comments below!