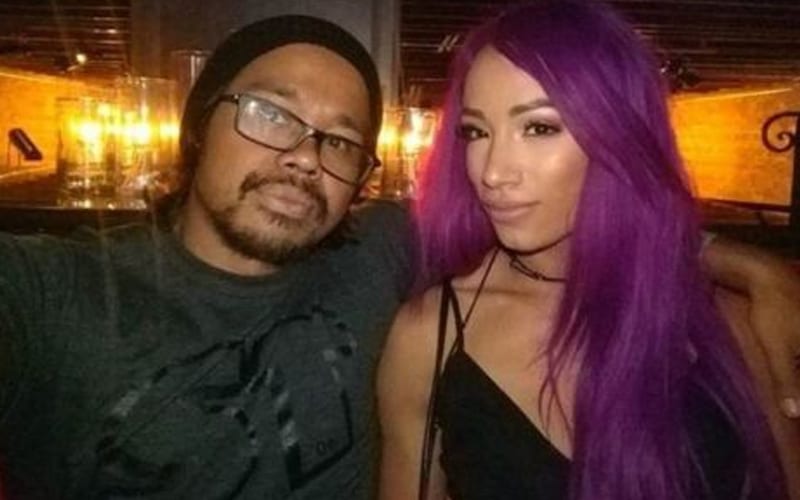 Sasha Banks has a lot of fans who care about her very much. She recently spoke about her haters as well, and she said they can keep that hate flowing.

One fan has a lot of hate for Sasha Banks’ husband Sarath Ton. He fired off at him in a big way while claiming that he stole The Boss from him.

my problem is Sarath Ton/Mikaze cause he stole/took Something from me. On August 4, 2016 He stole sasha/Mercedes Mercedes heart from me. Funny thing you look a lot like that dick Sarath/Mikaze.

Another post from this enraged fan included even more threats.

Sarath Ton/Mikaze whatever his name is I don’t care will be destroyed if I ever get my hands on him. And Sasha will have a better/real man like me to call her Husband. Go to Hell.

Sasha Banks’ husband posted several of the tweets directed at him with a caption reading: “What a tool.”

This fan carried on as he recalled a match in WWE where Sarath Ton was an enhancement talent for Ryback. Apparently, what The Big Guy did to Ton during that match is nothing compared to how this lovesick fan will rip him apart.