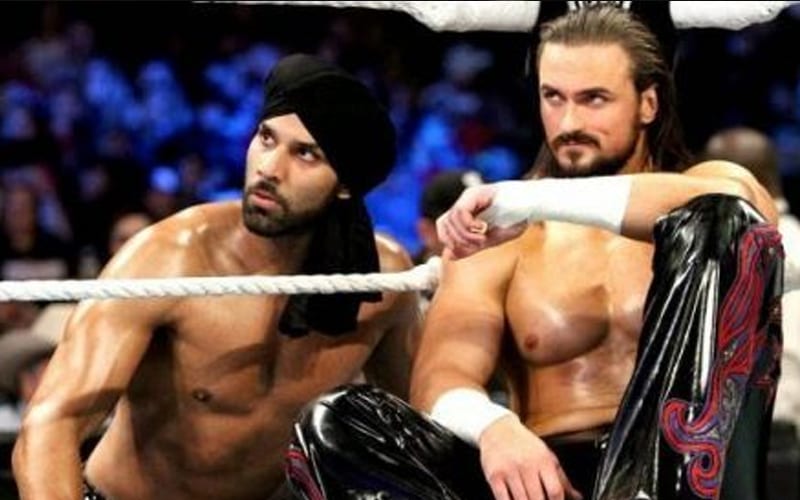 Jinder Mahal is out of action after needing yet another knee surgery. This is only a setback and there could still be big things in store for him.

During WWE The Bump, Drew McIntyre appeared in a video message while his former 3MB stablemate Jinder Mahal was a guest on the show. McIntyre gave Jinder Mahal a ton of props and retold a story about watching The Modern Day Maharaja capture the WWE Championship at Backlash in 2017.

The King Of Claymore Country gave a ton of encouragement to Jinder Mahal. He also left the door wide open to battle for the WWE Championship when the time is right.

“Peaks and valleys, you’re going through a little valley right now. It’s a little setback, it’s nothing for you. You know both of us have that same Rocky mentality it’s not about how hard you can hit it’s about how hard you can get hit and keep moving forward. That’s how winning is done. When you’re ready and come back we’ll have a story to tell the WWE Universe and finally that prophecy will come to be when Drew McIntyre and Jinder Mahal fight for the WWE Championship.”

Those return plans sound good for Jinder Mahal. He was very happy to receive this message from his good friend.

Mahal also noted that he hopes that Heath Slater can get in great shape, regain his confidence, and return to WWE as well.