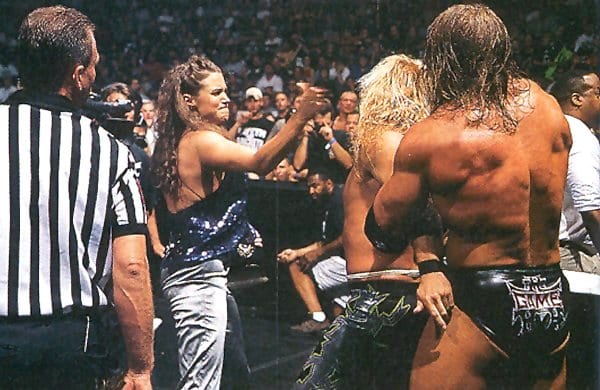 Over the past few decades, Stephanie McMahon has slapped quite a few people in WWE. However, only now do we know how impactful and hurtful a single slap from the CBO of WWE can be.

Chris Jericho recently had a Q&A Session on his YouTube Channel. In this session, a fan asked Jericho about the finisher that he’s always hated taking.

Jericho replied by saying that Stephanie McMahon’s slap was the stiffest move he’s ever experienced in his career.

Stephanie McMahon’s slap is the stiffest move I have ever experienced in wrestling history.

Who would have known about the mighty power of Stephanie McMahon’s slaps?

You can watch the full Q&A Session here: