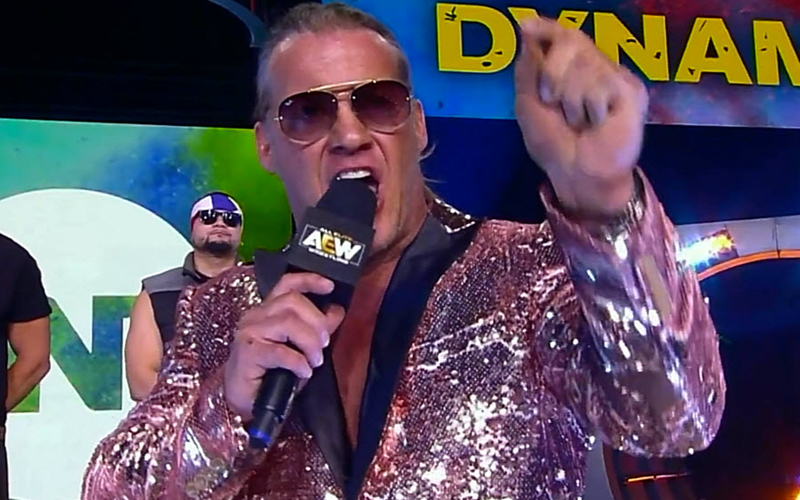 For decades, Chris Jericho had been loyal to WWE and Vince McMahon. However, that has changed now and he’s leading an Inner Circle in AEW.

Jericho enjoys taking a playful shot or two at his former employers and weekly competitors every now and then. Recently, Jericho hosted a Q & A Session on his YouTube channel where he called out NXT for the names they allot to their Superstars.

Jericho said that he gets confused between Orange Cassidy and NJPW’s Juice Robinson so he just mixes their names up all the time. He mixed up their names again on stream and said that these names would work for an NXT Superstar.

He then said that NXT Superstars have ridiculous soap opera names.

I always have a tendency to call him Juice. I think of Orange Cassidy and Juice Robinson, I get them mixed up. So I say Juice Cassidy and Orange Robinson, or Orange Juice and Robinson Cassidy. That would be a great name for an NXT guy. They’ve got those ridiculous soap opera names.

Thank You To Sportskeeda for the quote.