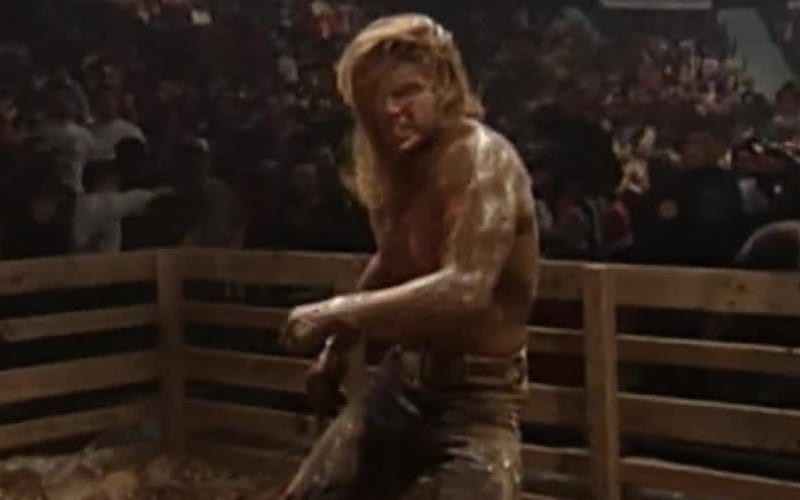 Triple H has been a part of many famous moments throughout his career. One early moment that cemented him as a heel that people loved to see receive his cummuppance was when he wrestled Henry Godwinn in a Hog Pin Match.

This was a moment that Triple H re-lived during the NXT TakeOver: In Your House conference call. He asked to work with Godwinn which required the Southern Superstars to turn babyface. It was worth it to throw slop on the blueblood Triple H character.

“Henry was a heel and putting slop on people and guys didn’t want to take it. I went to Vince and said, ‘If you turn him babyface, I’ll take that slop all day long. Nobody would not want to get slop on them more than me. My character, the snob, I wouldn’t even want to get in the ring with this guy.’ Vince thought it was great so he turned Henry babyface and [my character] didn’t want to get in the ring with him. We did the slop match all over the country, every night, it ruined my gear more than anything. It was awesome, I loved it. When they first threw the Pig Pen Match at me, I loved it. I thought it was phenomenal. As a snob heel, what better thing could happen than you get thrown into a pen with pig poop? I could have done with maybe not quite as much poop.”

“Those pigs were big and had been in there all day. Right before we went to go in, the farmer told me, ‘Keep your fingers tucked underneath because sometimes the pigs get a bit antsy, they’ll bite, and they’ll take your finger clean off.’ Thank you, that’s good advice. Henry thought it was funny to rile them up while in the mud and I got a big cut on my back on the fence, which didn’t bode well considering there was lots of poop in there. There was some downside to it, but I loved the match. As a performer, it was one of the first things that I got to do that was really memorable. People still talk about the match to the day with me.”

Triple H has an eye for a character, especially if he can make money working with that Superstar. Trips and Godwinn went around the country doing slop bucket matches. It also stands out as a memory that obviously left a lasting impression on The Game.

Do you think a Hog Pin match needs to make its way to WWE NXT? Sound off in the comments below!