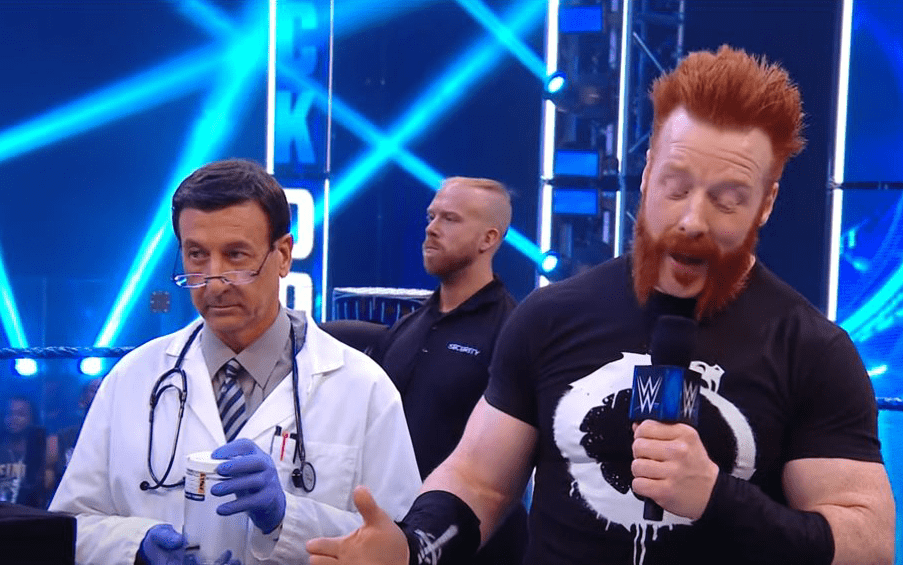 On this week’s episode of SmackDown, Jeff Hardy attacked Sheamus with his bodily fluids. Although casual fans might find it extremely bizarre, a hardcore fan knows that this was classic WWE.

As it turns out, the more we learn about the segment, the better it gets. The actor who played The Doctor in the segment, has a very interesting background.

The Doctor’s real name is Frank George who is known on the internet for his “dabbing” videos. George is quite popular within the meme community of the internet and has made several meme videos for money through Fiverr.

Many fans recognized the actor and tweeted about it during the show: