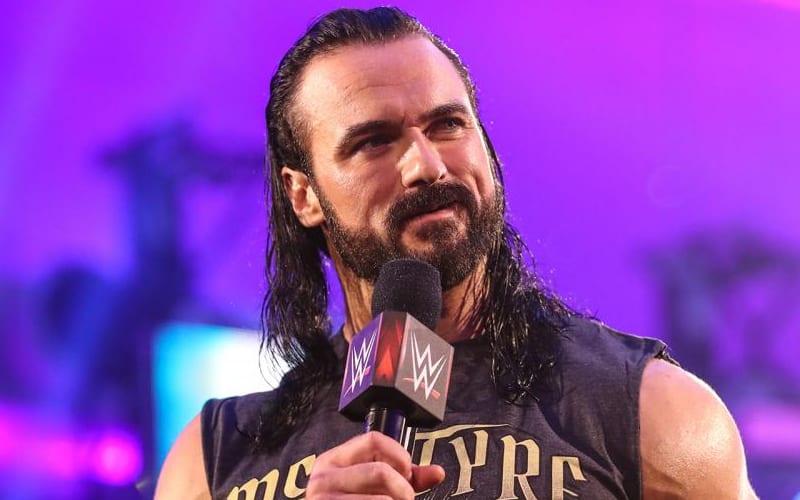 Drew McIntyre is the current WWE Champion and his reign so far has been great. McIntyre’s slayed the Beast Brock Lesnar at WrestleMania and had his first successful pay-per-view defense against Seth Rollins at Money In The Bank.

Now, at Backlash, McIntyre will face Bobby Lashley who’s hell-bent on becoming the next WWE Champion. If McIntyre successfully defends his title against Lashley come Sunday, he’ll only be one step away from going to SummerSlam as Champion.

In an interview with Inside The Ropes, McIntyre was asked to pick an ideal opponent for SummerSlam.

McIntyre said that a feud with Orton “has to happen” and that Orton is someone who can help him “work up”. Furthermore, McIntyre believes that Orton is his “Joker”.

I think Orton is the one that has to happen. You know right now we’re in the position where we’re building a lot of people, including myself, and myself and Lashley together I think we’ll be able to help each other with MVP bringing each other up, establishing each other as I’m on the rise establishing myself as champion and what my legacy is going to be.

But someone like an Orton is someone who can make me work up, really learn from, he’s obviously an established name, people tune in saying hey there’s Randy Orton.

If they’ve never seen me before or remember me from the past they’re gonna go ‘ooh who’s this guy?’ and he’s gonna help tell that story and really establish me as a top, top player. I think basically Randy Orton is my Joker.

Fans would love to see The Apex Predator play his mind games on the Scottish Psychopath. A feud between the two certainly has the potential for greatness.