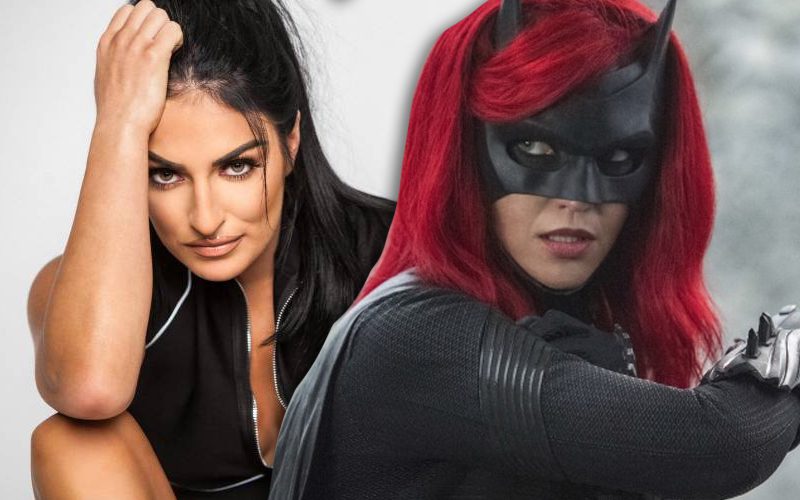 We had reported earlier that Sonya Deville’s agency is pushing hard for their client to get the lead role for The CW’s Batwoman series. Ruby Rose quit the show after Season 1 and now the show-runners are looking for another LGBTQ+ Actress to fill her shoes.

In an interview with Comicbook Movie, Deville spoke about her desire to play Batwoman. Deville said that she found out about Ruby Rose’s departure from the series when a fan tagged her on a post on Twitter.

I actually got tagged in something on Instagram or Twitter by one of my fans saying, ‘Oh my God, Sonya would be the perfect replacement for Ruby Rose.’ I was like, ‘Wait a second, Ruby Rose stepped down?’ I had no idea, and so then I looked online and saw that she had stepped down from the role, so was like, ‘Oh wow, this is like a dream role right here.’

Deville said that Ruby Rose did a great job with the character but she wants to create something new if she gets the opportunity to put on the Cape & the Cowl.

I think that’s always cool because Ruby obviously did a great job with the character, and you don’t ever want to be a different version of somebody else. You want to be a new version of yourself, and so I think that would be an amazing opportunity to create a new role and bring something very different to it, you know?

Deville was asked if she’s had any contact with The CW about auditioning for the role, she simply said that it’s in progress and that she’s working on it.

In progress. I’m working on it. [Laughs] I’ll say that.

Deville clarified that what she’s doing in WWE currently is her #1 priority but filming simultaneously for Batwoman isn’t impossible.

What I do in the ring with WWE is my priority right now, and it’s my #1. But, people film movies all the time, and television roles, while working for WWE, so nothing is impossible.

Deville also said that WWE would be on board with her regarding this endeavor but nothing can be said for certain since the process is still in it’s early stages.

I think they [WWE] would be on board, but yes, very early stages right now.