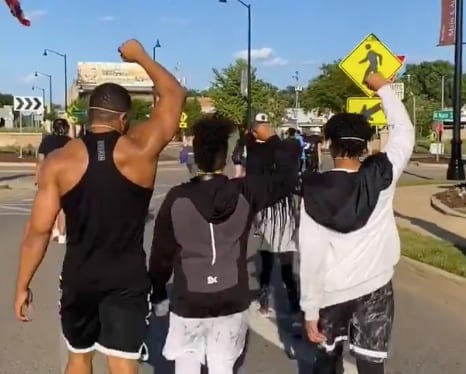 Plenty of WWE superstars have rightfully voiced their opinions on the current Black Lives Matter movement which has dominated the headlines for weeks now since the death of George Floyd.

Some have simply posted some nice words on social media, whereas others have gone out of their way to try and physically get involved in some of the protests.

One man who falls into the latter category is none other than David Otunga.

Otunga has always been someone who stands up for what he believes in, and it’s great to see him exercise that in the current climate.

A lot of people have found the last few months to be pretty overwhelming, and understandably so, but it does feel like we’re starting to trend in the right direction.