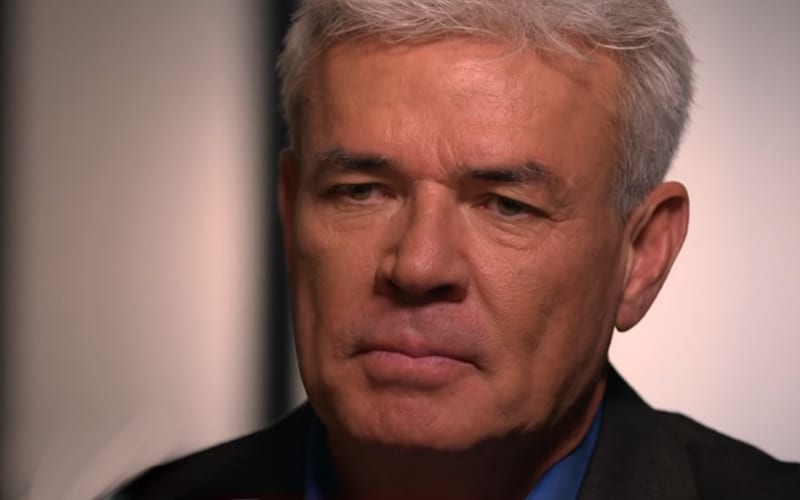 WWE hired Eric Bischoff on as Executive Director of SmackDown, but that role didn’t last very long. Bischoff had a lot of on-going projects at the time, but WWE was a completely different environment.

Eric Bischoff revealed to Talk Sport that he knew things weren’t working in WWE when it was clear that the self-employment that he was so used to now involved “leading an orchestra” instead of doing his own thing.

“That happened fairly quickly. But not for any other reason than processes. The process across the board in WWE is a very unique, complex and an intense process. Keep in mind, I’ve been self-employed for 20 years. And for at least half of that, I’m kind of a one-man band. I conduct a lot of business, I’m developing a feature film for Netflix at the moment (the Hulk Hogan biopic), I’ve got other projects going on at the moment, but it’s not like I have a staff of people I’m working with. And I don’t really have anyone that I have to report to other than my wife and my banker.

“So, for 20 years, I’ve kind of been operating as a solo practitioner and now I’m leading an orchestra. And it was a transition. For me, I had a hard time adapting and for two reasons. One is, and this is my fatal flaw, and I tend to overestimate my ability to adapt to almost anything, because for the better part of my life, that’s normally been the case.”

Eric Bischoff doesn’t seem to harbor any resentment. He also understands why WWE did’t include him with the nWo in their Hall Of Fame induction.

Bischoff could make his way back to pro wrestling eventually. Right now he seems content just speaking about it on his podcast while focusing on his next endeavor.