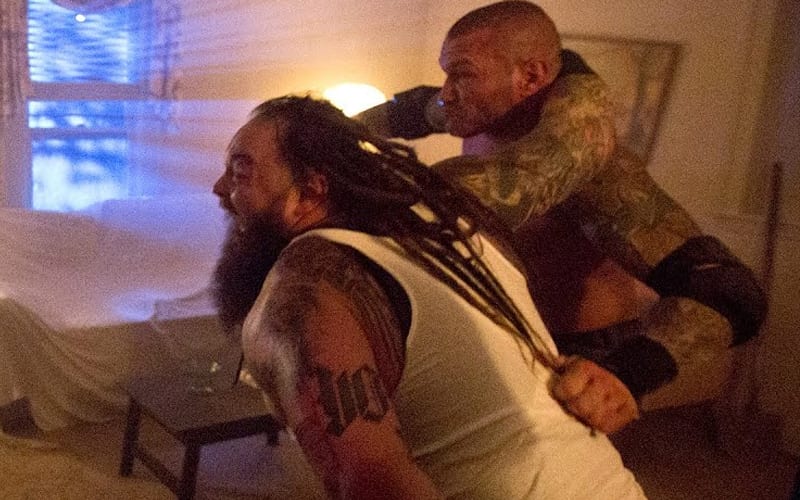 Bray Wyatt and Randy Orton battled in an unconventional House Of Horrors match at Payback in 2017. Orton thinks the match was ahead of its time.

While speaking to After The Bell, Randy Orton mentioned how fans didn’t really love his House Of Horrors match. Bray Wyatt and Orton tried something different and RKO considers that they did the cinematic match first. If it would have taken place during the COVID-19 pandemic then Orton believes it would have been much better received.

“AJ and Undertaker were different with the whole cinematic experience which Bray Watt and me did first in the House Of Horrors most recently. Everyone kinda sh*ts on it, but I feel like if it happened during the pandemic it would have been the coolest thing ever.”

Randy Orton and Bray Wyatt tore the House Of Horrors apart during their cinematic match. Some fans didn’t really latch onto the idea. Those same fans might have changed their tune entirely when Undertaker and AJ Styles did it out of necessity at WrestleMania.