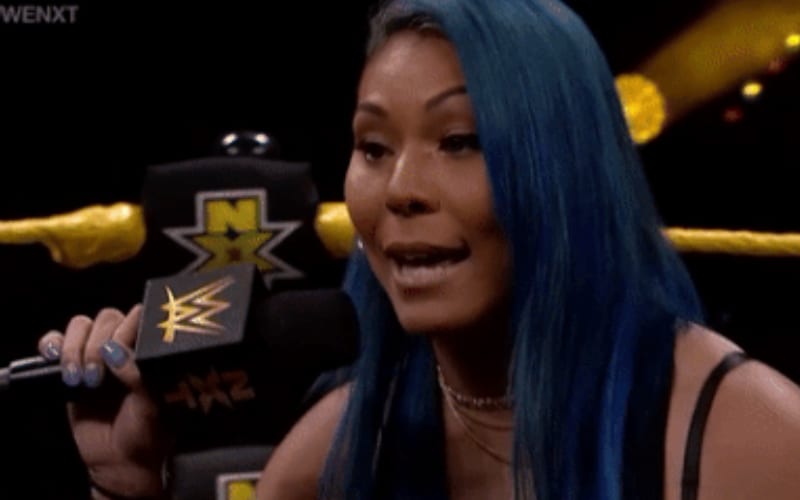 One of the rising stars of the last few months, in the midst of great uncertainty, has almost certainly been Mia Yim.

She may not be the most well known star in the ranks of NXT, but she’s definitely being given a platform to reach that point.

As it turns out, despite being foiled by Johnny Gargano and Candice LeRae on multiple occasions, it doesn’t appear as if she’s done with the duo just yet.

The NXT women’s division is as stacked as it has been in a really long time, and for Yim to stand out, she needs to be featured in a feud of real importance – and this feels like that feud.

One of the major benefits of these behind closed doors shows has been the emergence of fresh wrestlers that WWE can get behind, and Yim exemplifies that.