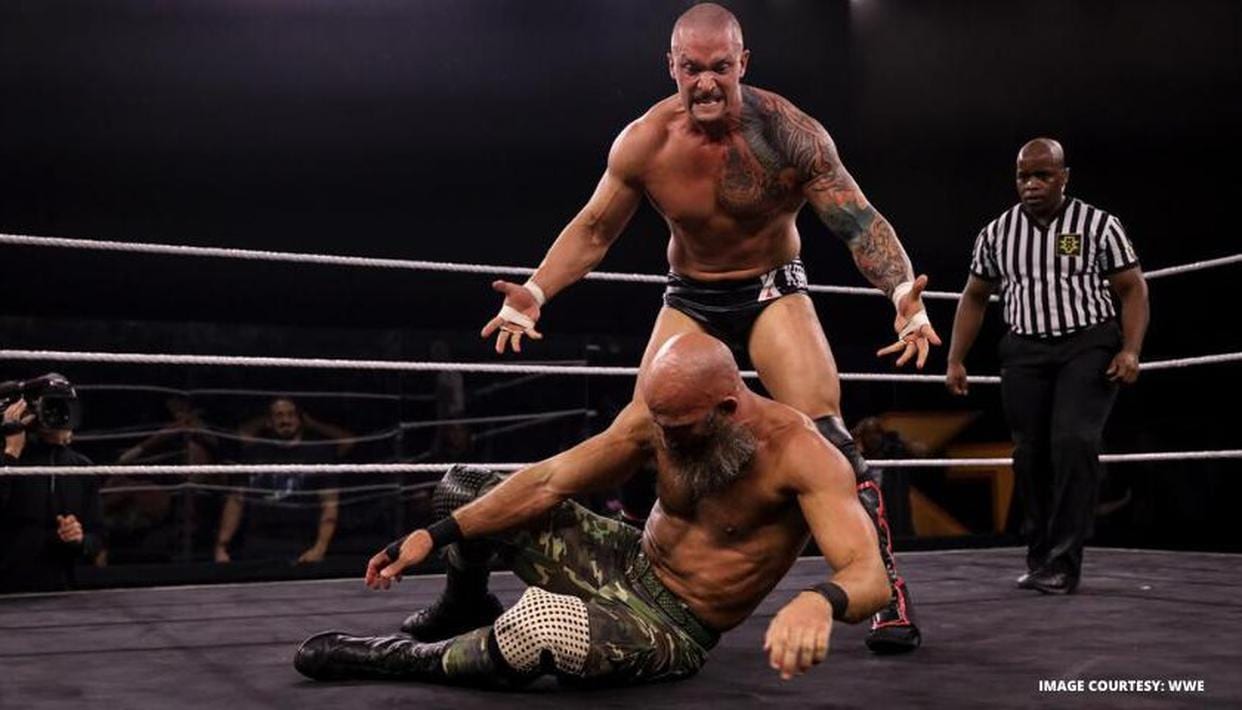 Karrion Kross made a huge statement at NXT TakeOver: In Your House by decisively defeating former NXT Champion Tommaso Ciampa.

In an interview with Newsweek, Kross said that he and Ciampa both wanted the match to be violent and unlike anything else that was on the card.

Kross said that he believes he and Ciampa achieved that at TakeOver: In Your House

“I wanted this to be violent and [Ciampa] did as well. We wanted it to be completely different from anything else that was going to be on the show. And I personally believed we achieved that.”

On this week’s episode of NXT, Kross sent his girlfriend to Adam Cole to let him know that his time is running out. So it seems like after beating a former Champion, Kross’s eyes are set on beating the current Champion.

With the momentum that Kross has, it seems reasonable for his competition to Fall and Pray.