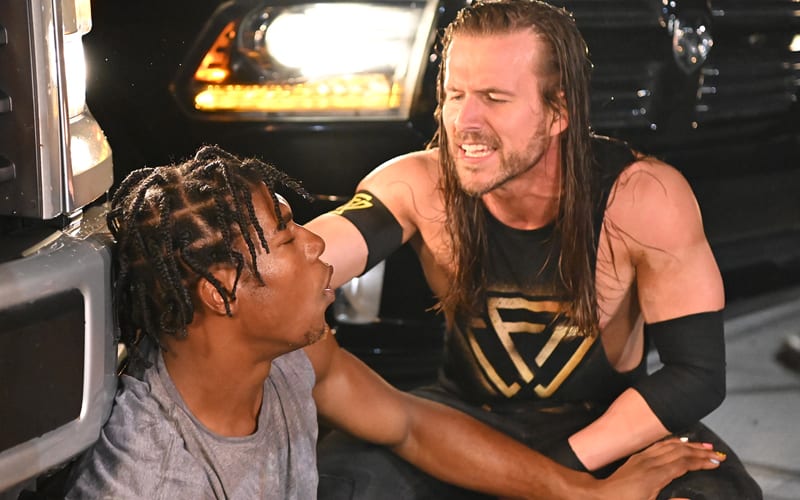 NXT TakeOver: In Your House featured a very different match for the NXT Title. If the presentation felt a bit familiar there is a reason for that too.

Triple H, Jeremy Borash and Michael Hayes assisted in producing the AJ Styles and Undertaker Boneyard Match at WrestleMania 36. That same team was also responsible in producing the Backlot Brawl at NXT TakeOver: In Your House according to Wrestling Inc.

Others assisted in the production as well, but Triple H, Borash, and Hayes were the three men really running the operation.

There was a break in production following Adam Cole’s bump onto the windshield of the car. By the time they started shooting again the blood on his arm dried.

They started around midnight due to weather issues. We previously reported that some of the NXT Superstars in the crowd weren’t too happy about the late start-time.