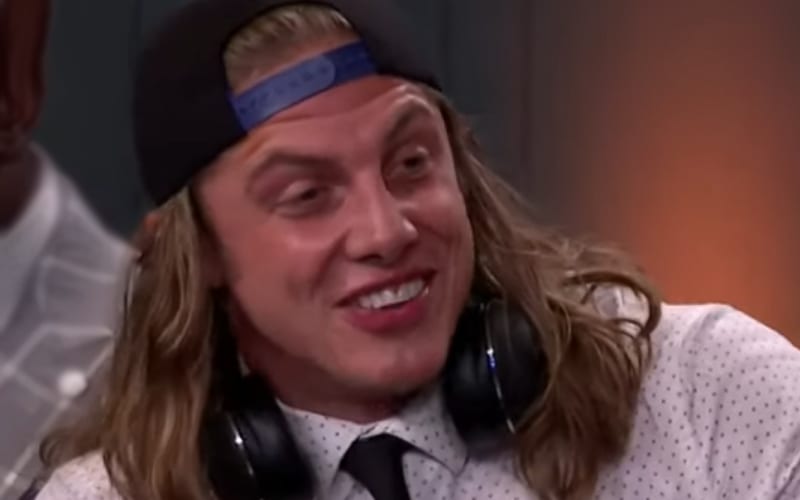 WWE has often been compared to a giant toy box owned by Vince McMahon. The Chairman will play with his favorite real-life action figure until he gets bored. That happens a lot. Now he has Matt Riddle to play with.

While speaking to the Hindustan Times, Matt Riddle talked about a common topic with him: backstage heat. Ringside News exclusively reported that Riddle likes to make it seem like he has more heat than he really does. This interview might be a perfect example of that.

Riddle explained that he doesn’t want to make anyone mad, but “people take things extremely personal.” This is especially true when he’s “the new toy coming in.”

“I don’t want to make anybody really mad or upset. But people take things extremely personal and get offended pretty easily, especially in pro wrestling. You would think people would have thick skins but a lot of them don’t. You can rub them the wrong way very quickly. When it comes to people that matter, people that are important, people that sign my checks, I haven’t upset any of them. They all like me and that’s what matters to me.”

“There might be some other wrestlers, I won’t mention names, they might be jealous because I am the new toy coming in. But at the end of the day, it’s just egos and money. Some people might get upset as I called somebody out or got them upset but that’s my job. My job is to make people care about what I am doing. And Sometimes I am going to ruffle some feathers for real and I am gonna get people really mad for real. But I can tell you this, my employer does not mind. Some of the toys in the toy chest mind but that’s not my problem either.”

“If they have a problem they can say it to me, we can deal with it. And you know I fought in the UFC, I am a pretty bad person. If they want to step up to the plate then they are more than welcome to. I am also willing to have an intellectual conversation about it and we can talk about our differences.”

Vince McMahon might not have appreciated the comments that Riddle made about Goldberg, but he’s still using him on SmackDown. If McMahon wanted to ignore Riddle and never make any money with him, Mr. McMahon has that ability.

We’ll have to see what’s next for Matt Riddle in WWE. The Original Bro is just getting started, but he already has plenty of fans guessing what he’ll do first.