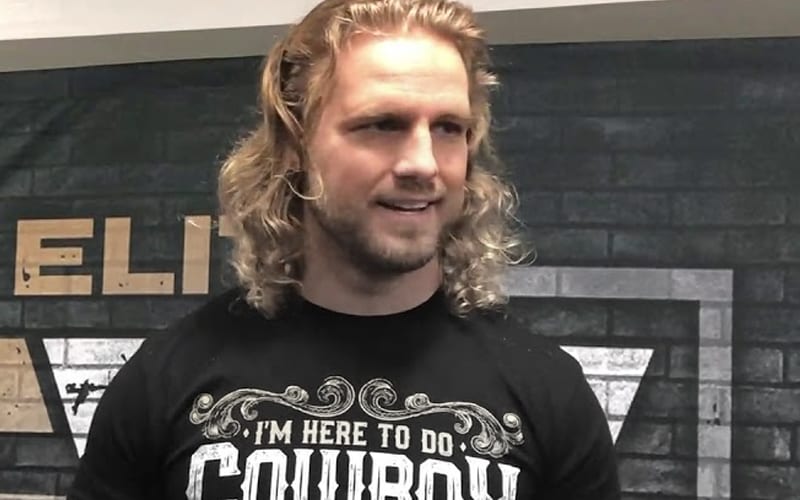 Hangman Adam Page has become a bona fide Star in AEW and is one of it’s leading faces. Page is currently in a Tag Team with Kenny Omega and the two of them are the current AEW Tag Team Champions.

However, during the formative years of his wrestling career, Page had brief contact with WWE. Page talked about this first encounter with WWE on AEW Unrestricted podcast.

Page said that he was one of the people who was looked at by John Laurinaitis and WWE back when he was 17.

I never went to any of the tryout camps. It might have been like my first year of college maybe or maybe even the summer before I went to college, I guess I was 17, there was a guy somewhere in Western North Carolina who apparently owned the trademark or copyright to NXT before they started NXT. This is the story that I understand.

So in a trade for that copyright or trademark or whatever it is, they sent it might have been Johnny Ace I think – down to his place to have him look at people for the day, and he talked. And he did genuinely watch some of these matches. So that was my like first contact with them, and then I got put into their big database of local guys, a lot of like the little local extra stuff, but I never really had a proper tryout I guess.

If Page were to be approached by WWE today, he would probably receive a good spot in the company given that he is one of the leading men of AEW. However, Page is destined for greatness and glory in AEW so a career elsewhere isn’t something he would even consider right now.