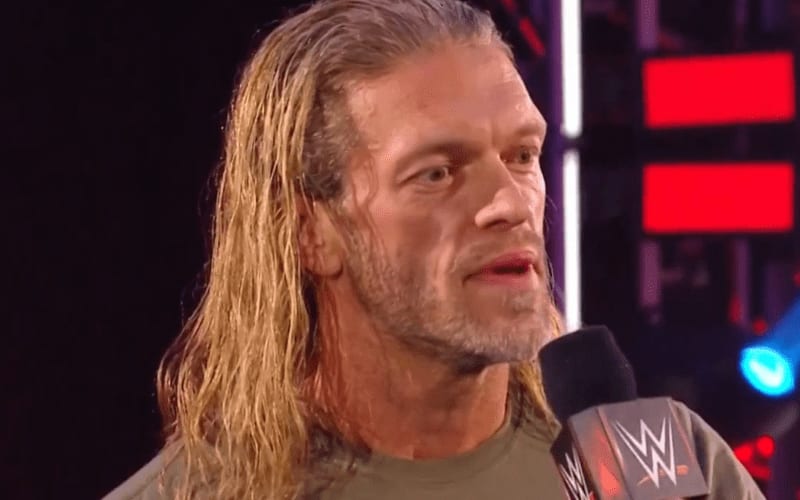 WWE put a lot of pressure on Edge and Randy Orton when they decided their match at Backlash will be the Greatest Wrestling Match Ever. Now Edge is making the most of it.

Edge previously talked about this match in depth. We’ve also heard some spoilers about the amount of selling that they did in this match that was taped last week. It was apparently a pretty long match.

WWE has plenty of time to edit the Backlash match to make sure it looks as good as possible. They want to live up to their “greatest ever” tagline.

Edge doesn’t seem to take it as seriously as some. He sent out a tweet to let everyone know that he’s currently enjoying the greatest cup of coffee ever.

I am currently drinking the GREATEST COFFEE EVER. #Backlash

His “greatest cup of coffee” is probably a lot like the World’s Best Coffee signs that are all over America’s throwback diner restaurants. You can watch the holiday classic “Elf” for reference. That coffee might not be the greatest, but Edge is certainly enjoying it right now.

Hopefully, after WWE Backlash is over fans will be able to say the same thing about Edge vs Randy Orton.