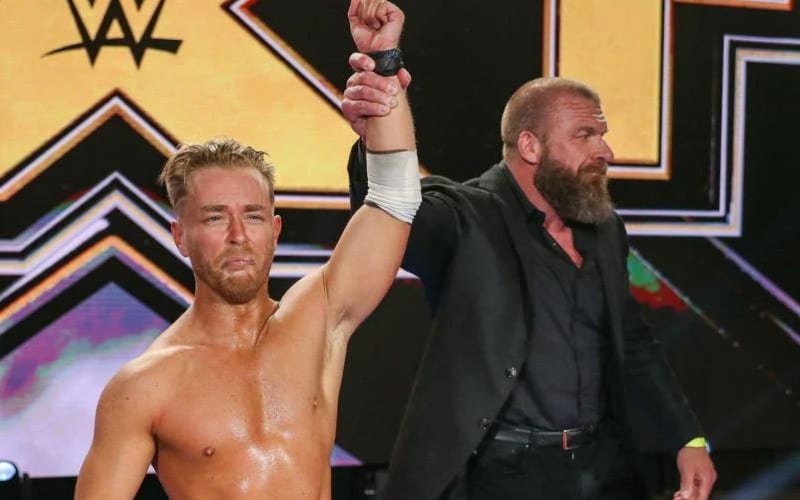 Drake Maverick was part of the April 15th WWE releases. His efforts with an emotional viral video and his performance in the NXT Cruiserweight Championship tournament helped reverse the decision to let him go.

During his appearance on WWE The Bump, Drake Maverick revealed that he has a way of remembering his WWE release. His release papers are now proudly hanging on his wall.

Above his release papers he has a sign saying: “Dreams don’t work unless you do.” Those papers that once made him cry are now part of a shine dedicated to motivation.

The recently re-hired Superstar then showed off a photo of framed release papers that he has hanging for all to see. This is a proud memento for him as his passion for the business and fan support helped get him re-hired.

Vince McMahon was behind Drake Maverick’s re-hiring. Now Maverick is an NXT Superstar and Shawn Michaels stated that they’ve wanted Drake Maverick there for a while now.