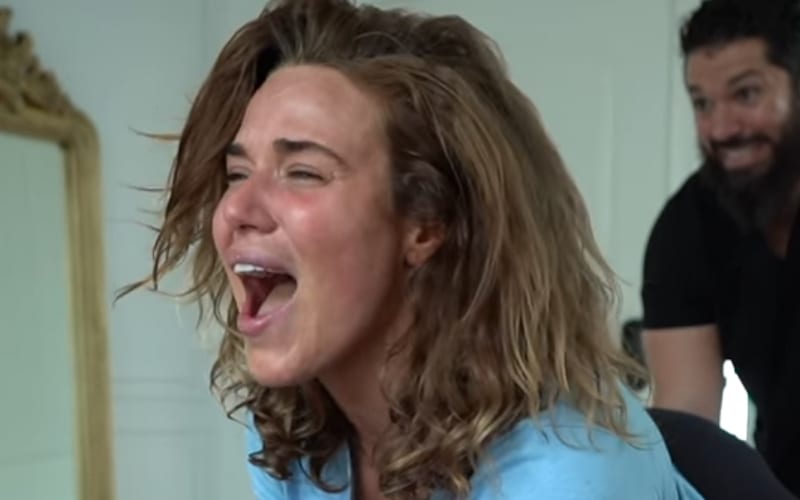 WWE Superstar Lana recently appeared in a video for Dr. Beau Hightower and it was quite a performance at the chiropractor.

Dr. Beau Hightower had CJ Perry on his YouTube channel for a visit. He had plenty of ways to make her bones crack and pop. She also let out several cries of pain and relief in the process. Her husband Miro was also there. You might know him better as recently released WWE Superstar Rusev.

Of course, Rusev and Lana are still together. She is simply married to Bobby Lashley on television. Rusev was around and appeared in this video. After all, he had time to pop in since he’s waiting for his 90-day non-compete clause to run out.

Rusev commented on a few of his wife’s noisier adjustments. Everyone had a good time as the doctor pointed out all of the things that Lana has done to her body to give her extra issues.

There was also a point when Lana’s dog jumped up and licked her face relentlessly while the doctor continued his painful tasks. That was quite an interesting position for her to be in.