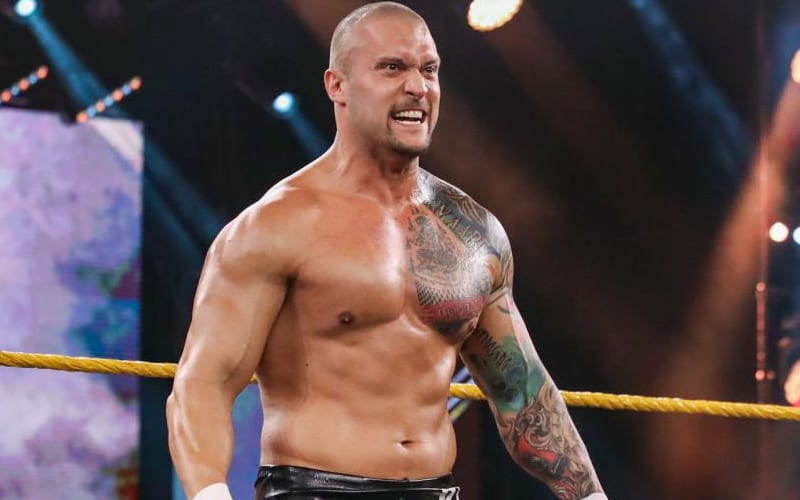 Karrion Kross entered WWE from Impact Wrestling. He dropped the “Killer” part of his name, but the intensity might have been kicked up a notch. Following a brutal display against Tommaso Ciampa at NXT TakeOver: In Your House, Kross is ready to continue.

Karrion Kross will be on WWE NXT next week. He was promoted to be featured this week, but his opponent wasn’t revealed. His girlfriend Scarlett is likely to be there as well to complete the popular due.

Check out Scarlett’s steamy bikini photo she dropped prior to NXT TakeOver: In Your House.

Also confirmed for NXT next week is Adam Cole vs Dexter Lumis as well as Finn Balor vs Cameron Grimes.