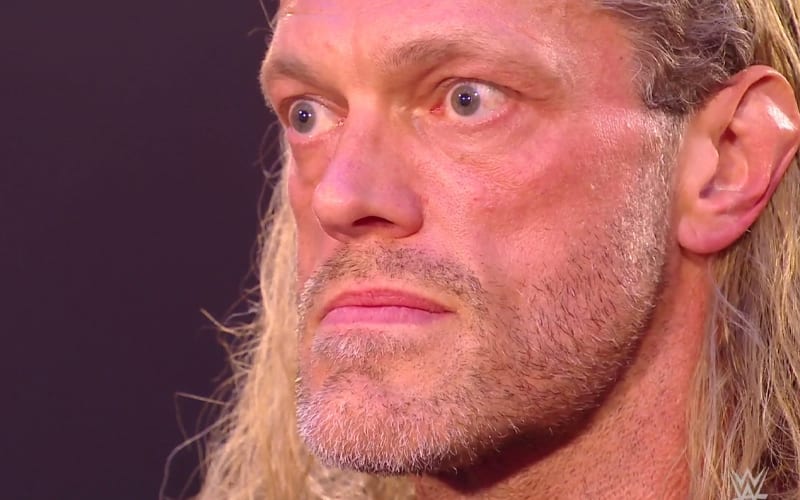 Edge’s return to WWE was the biggest talking point coming out of the 2020 Royal Rumble pay-per-view. Now he is set to take part in his third match since returning after nearly a decade away from WWE.

While speaking on RAW Talk, Edge went into why he is experiencing doubt for the first time in his career. This is a real emotion and Edge wanted to make sure fans know he is being totally transparent with them this time around.

“Coming back almost 9 years later there’s a different set of pressures that I didn’t have in my life before. Now I have my little girls and a responsibility to them. Also, it’s part of why I’m doing this. I also wanted to do this to prove something to myself and I feel like so far I’ve done that, but in coming back was the first time that I’ve ever been nervous.”

“I was one of the ones who never got nervous before stepping in the ring because I knew that. I knew that was my canvas and I knew it better than anything in my life. Now coming back doubt came back and I’m not used to that. I’m not used to sorting through those feelings. I’m fully transparent. This incarnation of Edge you’re going to get the unfiltered truth of what I am feeling because I think as an audience you deserve that, and that’s where I am.”

Edge had a very interesting match against Randy Orton at WrestleMania 36. He is following this up with the Greatest Wrestling Match Ever at Backlash. That match was already filmed and it gives WWE time to make sure that the presentation is fitting to the hype they gave it.

All of this build and promotion doesn’t stop Edge from feeling a bit of doubt as he continues to re-establish himself through his comeback.