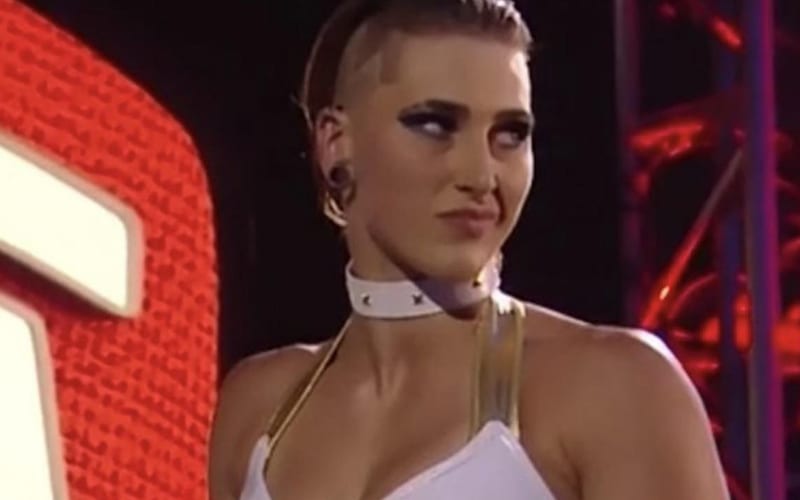 Rhea Ripley was unsuccessful last night in her pursuit of regaining the NXT Women’s Championship, with Io Shirai coming out on top in their triple threat showdown that also featured Charlotte Flair.

While many expected The Queen to be the big story coming out of the match, it was actually Ripley and Shirai that made the most noise.

Towards the end of the bout, Shirai came down knee first onto the head of Rhea in one of the nastiest moonsault spots you’re likely to see.

While it may be tongue in cheek for her to make a joke out of it, we can all hope that she’s doing okay in the wake of a pretty disappointing night for her.

Hopefully, from this point on, she’ll continue to go from strength to strength as her pursuit of the belt continues.