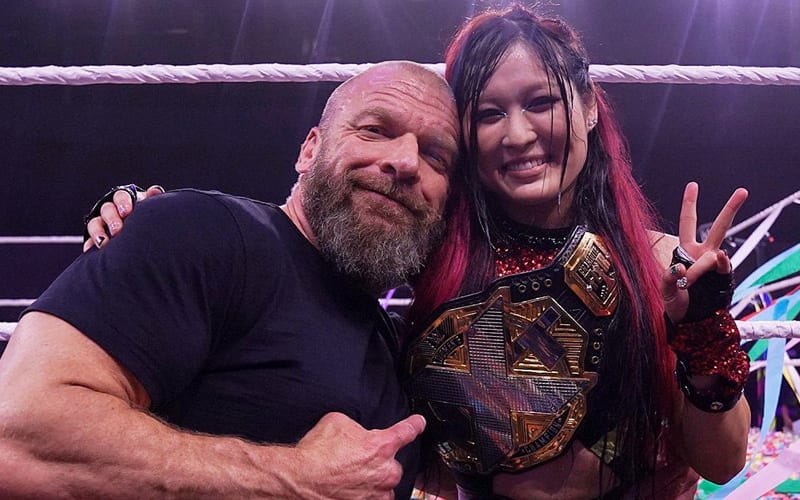 Triple H was very happy for Io Shirai. After everything was said and done, he just had to snap a photo with the new NXT Women’s Champion.

Triple H posted a photo of himself and the new champion. He also included a great caption to sum up how proud he is of her.

What an absolutely incredible main event. So proud of all three of the women in this match.

This was a big moment for Io Shirai, but also for the rest of NXT. Triple H revealed in a teleconference following NXT TakeOver: In Your House that this was just the start of a much longer storyline.