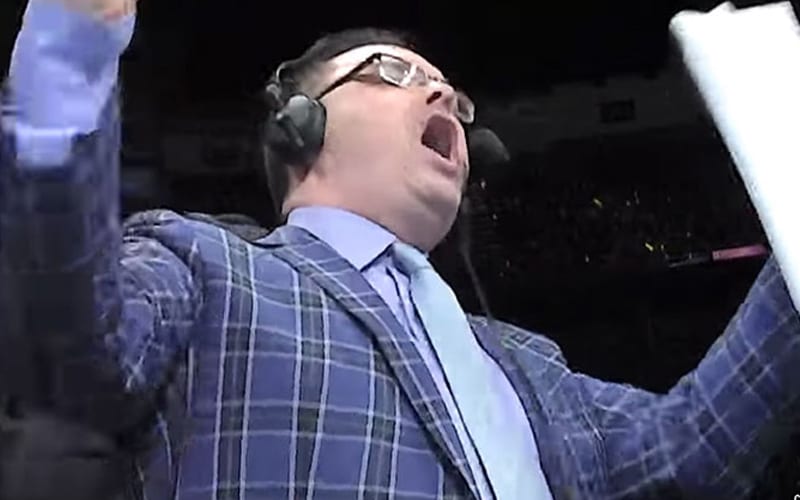 Mauro Ranallo is a very enthusiastic announcer. Some say he’s the best play-by-play man in the business. He’s not going to hide the fact that he is also a huge fan of what he sees.

The NXT announcer appeared on WWE The Bump. During his time with Kayla Braxton and crew, Ranallo addressed those people who think he should tone it down a notch.

“You can criticize me for a lot of things, but the authenticity — the passion I have especially for NXT cannot be questioned. I try to temper myself, but guys, I’m a an first and foremost and when you see what’s in front of us and the risks that NXT Superstars take I better react appropriately and like I say it’s 100% real.”

The Bi-Polar Rock n Roller isn’t going to apologize about jumping out of his seat and yelling: “MAMA MIA!” We would never want him to either.