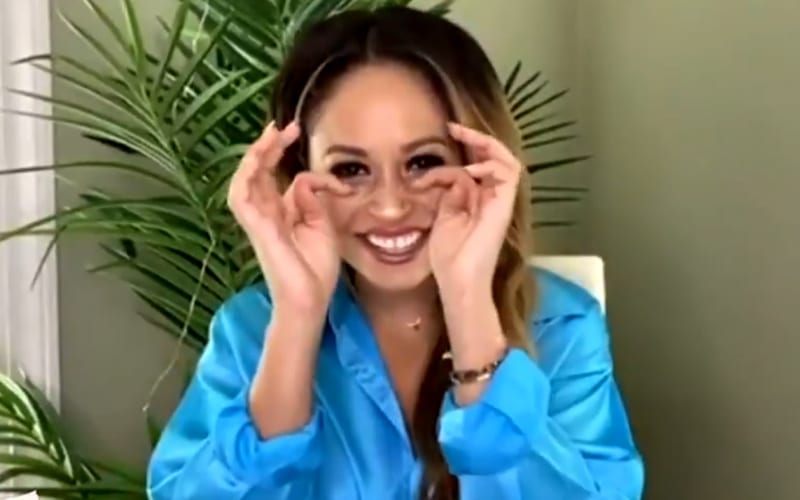 Kayla Braxton was born on June 7th, 1993. Today was a happy day for her, but she still had work to do.

The Bump held a very special NXT TakeOver: In Your House edition of the show today. They had a few guests on, but just as they were wrapping everything up a surprise was revealed for Miss Braxton.

Plenty of Kayla Braxton’s friends from the WWE roster including the IIconics, Nia Jax, Zelina Vega and others appeared in a video to wish Braxton a happy birthday. They did a good job keeping a camera on Kayla Braxton too. She was forced to hold back her tears.

This was a very unexpected video and Kayla Braxton said it was the best birthday surprise ever.

Happy birthday to Kayla Braxton from everyone here at Ringside News!