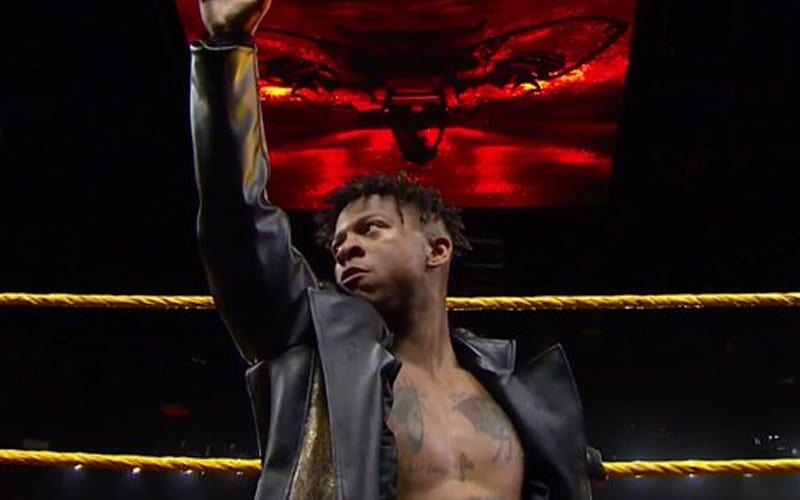 Lio Rush was released from WWE on April 15th, but he had issues in the company prior to that. In 2018, he was taken off the road after several stories about backstage incidents came out.

Rush sent WWE an email in November, 2018 about this treatment. Then Lio Rush posted that email to Instagram today showing that he denied the allegations against him. He redacted certain names, but the message was still there.

He captioned this three-slide post with the following note:

For too long now I’ve dealt with a lot of bad publicity, rumours and stories on the internet that attack, not just me as a wrestler, but attack my integrity. The attacks on my character have gone on too long without my side being heard.
With everything going on in the world and a lot of social issues being brought to the forefront, I have to empower others by empowering myself. How can we expect change without sharing the experiences that illustrate the insensitivities that divide us?

Please be clear, I am in no way insinuating that the WWE is a racist company, nor am I commenting on the racial attitudes of any of the companies individuals. However, this email shows that I expressed concerns of racial insensitivity and my feelings as a young African American male to the WWE office during the incidents that have brought so much negativity to my name.
Our lives begin to end the day we become silent about things that matter – Martin Luther King

Pro wrestling has traditions like the rookies carrying veterans’ bags and so forth. Obviously, those things stuck a nerve with Lio Rush and he didn’t feel comfortable doing them. It might have hurt his reputation backstage which is something The Man Of The Hour is still trying to smooth out to this day.