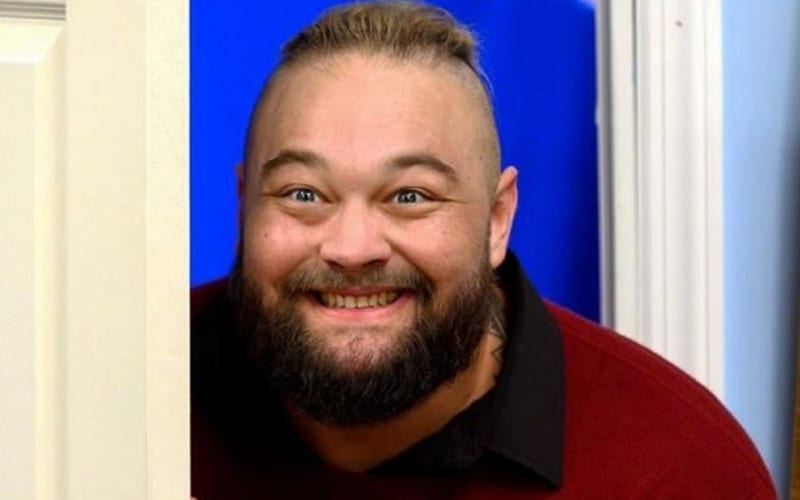 Bray Wyatt celebrated baby #2 with JoJo Offerman recently. Wyatt is likely very busy taking care of his baby daughter Hyrie Von. He’s apparently having some time to catch up on Netflix too.

Wyatt sent out a tweet at Netflix’s The Witcher’s official Twitter profile. He offered his assistance to the show just in case they need someone to fill in.

Dear @witchernetflix , if you need someone to play this role specifically I know a guy who could pull it off.

PS. It’s me. Quite literally

Former WCW star Scotty Riggs tweeted back saying: “the sympathy weight ya gained for Hyrie Von has sat well.. congrats and health to the family big man.” Bray Wyatt responded by smashing the like button.

We’re still waiting to see Bray Wyatt he gets a call from the team over at Netflix’s Witcher series.