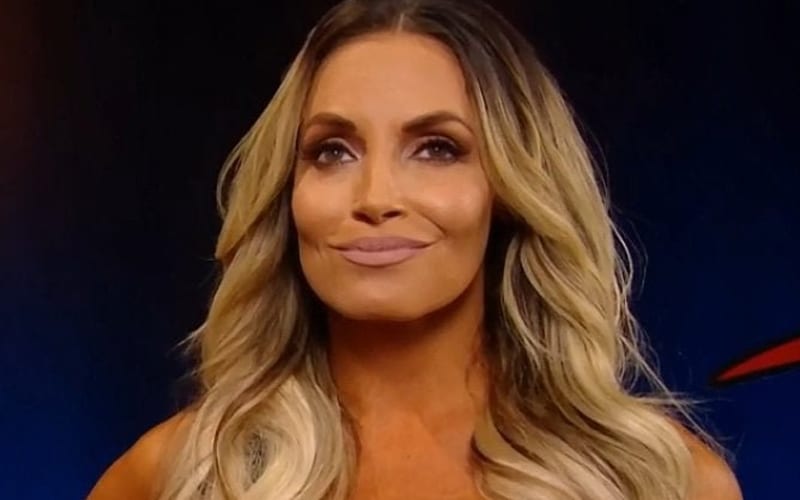 Trish Stratus’ name started trending on Twitter today. Since it is 2020, people were immediately concerned.

Stratus’ name jumped up the Twitter trends and quickly became the #1 wrestling trend at around 6 PM on Thursday afternoon. A lot of fans were concerned that something happened to spark a controversy. Nobody wanted to cancel Trish.

It was quickly apparent upon investigation that fans were only tweeting about Trish Stratus because they miss her. This was quite a relief for fans who were afraid that something happened to spark some kind of public outcry against Stratusaction.

Stratus never tweeted anything to start this Twitter trend. It just snowballed as fans recounted their favorite memories of the WWE Hall Of Famer.

You can check out a few of those tweets below along with a screenshot of Trish Stratus’ name trending on Twitter along with all the other news going on today.