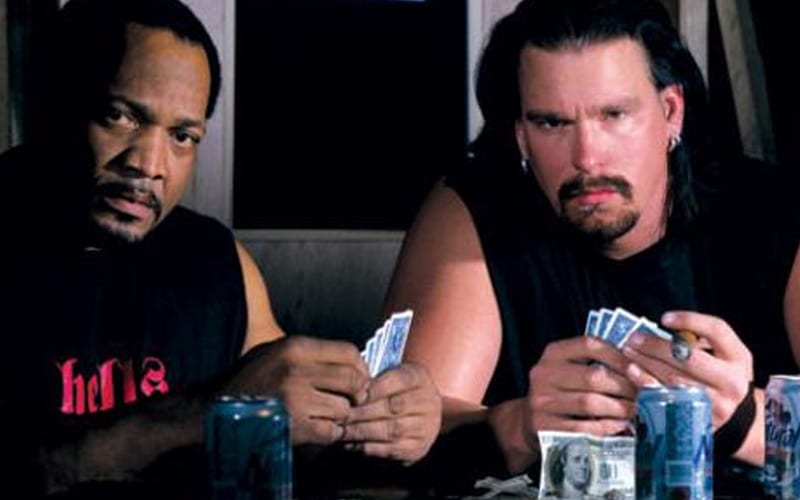 The APA started out in sinister fashion with the Ministry Of Darkness as the Acolytes. They eventually broke out on their own and created something much different.

The APA was about two best friends, but JBL recently revealed that a WWE writer had another idea. They wanted to make a big deal out of the fact that JBL and Ron Simmons have different skin colors. Simmons probably said: “Damn!” Then he shut that down fast.

A writer in WWE suggested one time making a big deal out of us being one of first mix raced teams in a major promotion. Ron killed it immediately. Ron explained this is about best friends, not about race. It just didn’t matter to us. It never should.

We’ll never know how pointing out JBL and Ron Simmons’ race would have gone on WWE television. Obviously, neither of them had any desire to find out because that had nothing to do with their union.