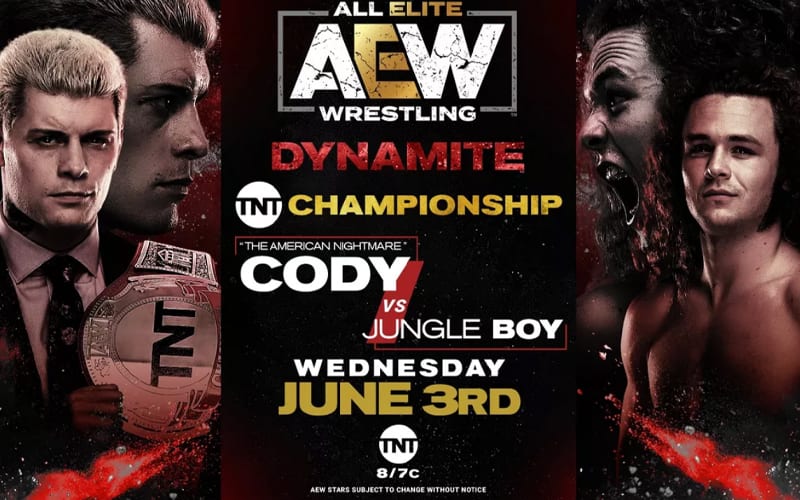 AEW Dynamite will bring another show to TNT this week. This week’s episode was filmed last Thursday. We’ll have to see if Mike Tyson shows up, but we have not heard that he is confirmed.

We do know that Cody Rhodes will defend the AEW TNT Title for the first time. Jungle Boy won that title shot by defeating everyone in a battle royal match last week.

FTR will have a sit-down with Tony Schiavone as well. This will be the first time the former Revival has a chance to speak their mind on AEW television.

The AEW World Tag Team Titles are also on the line this week. Kenny Omega and Hangman Page will defend their titles against The Superbad Squad of Jimmy Havoc and Kip Sabian with Penelope Ford.

Brian Cage is promoted to be in action, but his opponent is unknown. Nyla Rose will also take on Big Swole while Chris Jericho battles Colt Cabana in singles action.