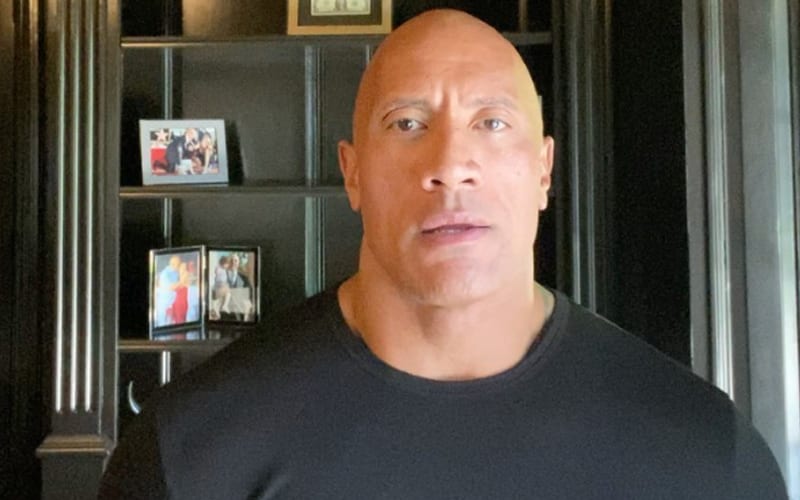 The Rock has toyed with the idea of running for office of President. He readily admitted that he is no politician in a recent Instagram live video, but he also wondered where America’s leader is.

Dwayne Johnson released a heartfelt video where he looked right at the camera and asked “Where is our leader?”

“Where is our leader at this time when our country is down on its knees begging pleading, hurt, angry, frustrated in pain. Begging and pleading with its arms out just wanting to be heard. Begging and pleading and praying for change. Where are you? Where is our compassionate leader who is going to step up to this country when it’s down on its knees and extend a hand and say ‘you stand up with me, stand up with me because I got you, I got you.'”

The Rock asked where our leader is who will help “normalize equality because Black Lives Matter.”

He said it is that same leader who must address the country. Dwayne Johnson said that all lives do matter because Americans believe in equality for all, but in this moment when our country is “down on our knees” we must say the words Black Lives Matter.

He kept asking “where are you?” as he said that our president should reach out and extend a hand to Americans in pain.

The caption for this video was:

Our country is crippled and on its knees, begging to be heard and pleading for change.
Where is our compassionate leader?
The leader who unifies and inspires our country at our most painful time when we need it the most.
The leader who steps up and takes full accountability for our country and embraces every color in it.
The leader who picks our country up off its knees and says you have my word – we got this – and together, change will happen.
Where are you?
Because we’re all here.
Maybe one day that galvanizing leader will emerge.
Either way, the process to change has already begun.

The Rock addressed the military force was been deployed on our own people. “Looters? Yes. Criminals? Absolutely, but our protesters were in pain.”

He said “you’d be surprised how human beings would respond” if our leader only said that he cares and he’s willing to make a change. The Rock thanked the world for standing up with them who have marched and had “beautiful displays of solidarity.”

The Rock said that he’s angry, but he is doing the best he can to stay focused. He concluded his statement by saying that if our leader won’t step up then “we must be the leaders we’re looking for.”

He was passionate about this statement and his question: “Where are you, where is that compassionate leader?” The Rock said that “we are all here and the process to change has already begun.” He can feel the change happening as he ended his 8 minute long video saying “we got this.”