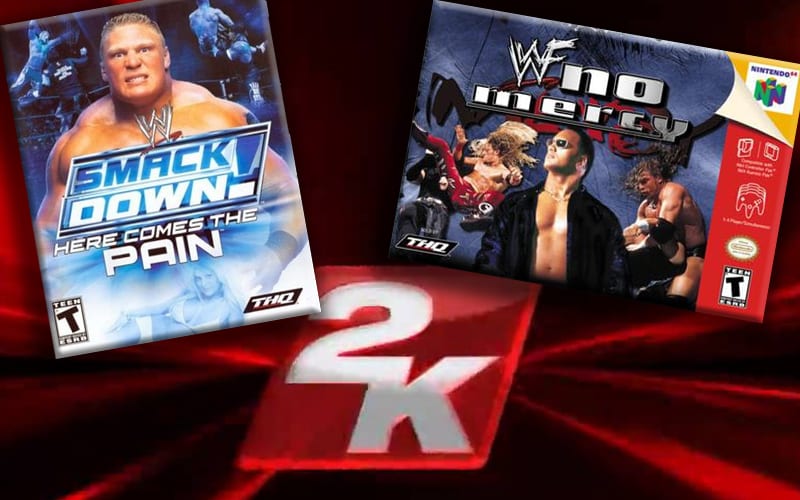 WWE 2k20 did not meet expectations at all. There were a ton of glitches in the game and now 2k21 isn’t happening. Fans will get WWE Battlegrounds this year.

During a Reddit AMA, developers from 2k took part in an AMA. They wanted to clear things up and connect with fans. This included answering a question about how they plan to overhaul the gameplay aspects of their next game.

The 2k developers might have been listening to fans as well because they are considering a gameplay similar to WWF No Mercy and WWE SmackDown: Here Comes The Pain.

Core gameplay is one of the major investments we’re making in the next installment—one of six pillars we are focused on disproportionately in development. We are looking at much-loved previous games like No Mercy or Smackdown: Here Comes the Pain, along with top franchise installments, and more modern wrestling and fighting games to build an all-new philosophical foundation for the game.

People who hope that we holistically adopt the control scheme or philosophy from one of their favorite games are likely to be disappointed; we are trying to combine the best ideas out there into a brand new wrestling experience that sets a new standard. The game play team is focused on Accessibility, Depth and Wrestling Experience. For Accessibility, we’re obsessed with a simple, intuitive interface which has meaning and depth in a wide variety of contexts—i.e. the game is a lot smarter about what the player is trying to do given a gameplay situation (in a grapple, on the ropes, against a turnbuckle, etc.), with consistent inputs regardless of situation.

New players should be able to accidentally pull off awesome moves just by playing with and experimenting with controls. For Depth, we’re looking a lot at ring position, deeper combos and “working” moves, limb damage, technical capabilities, match momentum and unlocks, and rock-paper-scissors (RPS) strategies by archetype and player style. Depth doesn’t come from the manual skill of pressing the proper buttons but from the psychological game of anticipating and countering your opponent’s strategy, and this needs to be built in from the very foundation, so expect a significant evolution in gameplay with the next installment.

Gamers who haven’t experienced No Mercy or Here Comes The Pain might not understand why some fans are very excited to hear about this news. We will have to see how things turn out, but this gives fans some hope that the next version of WWE 2K21 will address some of those pesky mechanics that were getting in the way.

2k is releasing a WWE video game this year, but it’s not going to be a traditional title. WWE Battlegrounds is slated for a fall release.