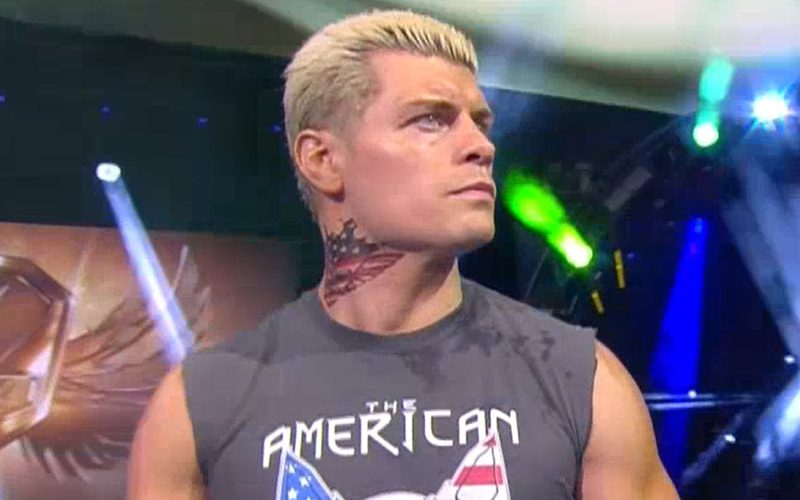 AEW started out in a lot of ways by a bet made on a message board that ROH couldn’t fill a 10,000 seat building. Cody Rhodes took on that challenge and the rest is history as All In was a great success.

While speaking to the Rich Eisen show, Cody Rhodes went into how AEW exceeded any expectations they had for the company when starting out.

“It’s been genuinely bigger than I anticipated. I knew the audience was there for it and a hunger was there, but the production and the scope of it and the success of it on Wednesday nights with Dynamite and and how it’s doing opposed by WWE. That’s such a beautiful competition showcasing how many wrestling fans there are,” Cody said. “I think since the last time we spoke I really stepped outside the political aspects of it and really just leaned into the things that I can control, the specific talent that I managed solely and help work with them on their interviews in their segments and then my own personal stuff.”

“Tony, especially in this pandemic era wrestling, Tony has proven to be such a significantly smart wrestling owner and matchmaker. I mean a true just matchmaker. We’ve had to do a lot of taped content, so the patchwork he put together throughout the pandemic was amazing. It made my job a lot easier.”

Tony Khan’s idea of starting a pro wrestling company paid off in a big way. He capitalized at the perfect moment too. AEW was able to get on the ground and moving during a pro wrestling boom right before a pandemic stalled life as we know it.

AEW has only been around for just over a year, but there has already been a ton of newsworthy moments. What’s your favorite event out of AEW so far? Sound off in the comments below!